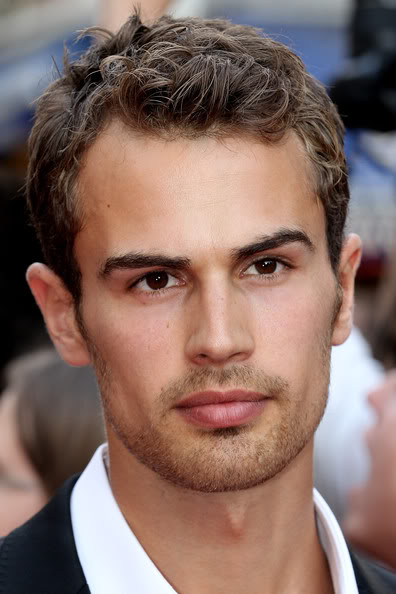 Summit Entertainment announced today that Theo James (Downton Abbey, UNDERWORLD: AWAKENING) will star as “Four” opposite Golden Globe nominated Shailene Woodley (THE DESCENDANTS, THE SPECTACULAR NOW) in the highly anticipated feature film production DIVERGENT. The futuristic action adventure, based on author Veronica Roth’s New York Times best seller, will be directed by Neil Burger (LIMITLESS, THE ILLUSIONIST) from a script by Vanessa Taylor and commences principal photography this April in Chicago.  The original draft of the script was written by Evan Daugherty.  Doug Wick and Lucy Fisher are producing the project via their Red Wagon Entertainment banner (THE GREAT GATSBY) along with Pouya Shahbazian. Red Wagon’s Rachel Shane is executive producing.  Summit will release the film theatrically in North America in THE HUNGER GAMES slot on Friday, March 21, 2014.

A man with a mysterious past, Four is Tris’s intense yet charismatic instructor and one of the leaders of the Dauntless faction.

In a joint statement, Rob Friedman and Patrick Wachsberger, Co-Chairmen of Lionsgate Motion Picture Group, said, “Theo is not only an incredibly talented actor, he is also who we envisioned as Four when reading Veronica’s novel which has taken the world by storm.  As we continue to develop the film, the studio remains committed to providing fans with a movie adaptation that stays as true to the book as possible and we are confident that we have done so with our selection of Shailene and Theo in the leading roles.”

“We took our time to find the right actor to fill the role of Four, and Theo is definitely the perfect fit,” said Erik Feig, Lionsgate Motion Picture Group’s President of Production.  “Veronica has crafted a truly iconic character in Four and we cannot wait to begin production and bring him and this story to life for millions of fans around the world.”

Breaking News
Who Will Be L.A.'s New Mayor?