Get The Academy of Country Music Experience 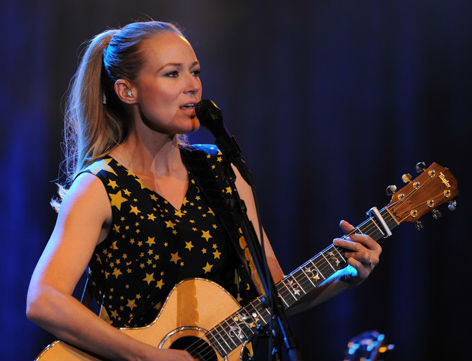 The Academy of Country Music will host free music performances and special events during the open-to-the-public ACM EXPERIENCE held April 5-7, 2013 at The Orleans Hotel and Casino in Las Vegas. Artists including Jewel,Katie Armiger,Easton Corbin, Jerrod Niemann,Danielle Peck,Tate Stevens, Charlie Worsham, Blackberry Smoke, Love and Theft and more will be featured. Other special moments will include:

-Sneak peek of scenes from the upcoming Lifetime Original Movie "Ring of Fire," starring Jewel as June Carter Cash, including a LIVE acoustic performance by Jewel

-Free-to-the-public performances on many stages throughout the weekend, at Bourbon Street Lounge, Brendan's and the Orleans Showroom in The Orleans Hotel and Casino and more

These musical performances join the ACM Party for a Cause Festival, a ticketed 2-day outdoor music festival on April 5 and 6, and culminate in the 3rd Annual ACM Fan Jam and Post-Awards Concert, a ticketed event headlined by Brad Paisley, on Sunday, April 7, 2013, both at the Orleans Arena.  The ACM Fan Jam is a remote location featured during the LIVE telecast of the 48th Annual Academy of Country Music Awards, on the CBS Television Network. Tickets for these events are available at OrleansArena.com or by calling 888-234-2334.