Why "Hallelujah" Never Gets Old 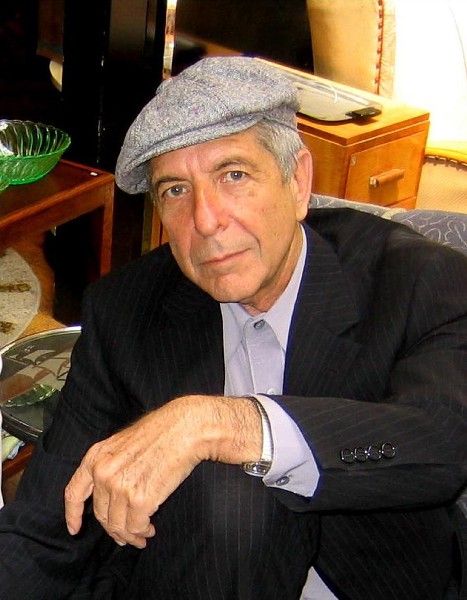 Leonard Cohen is going back on the road with his newly announced tour, “Old Ideas.” Re-polishing older things and making them appear shiny and new again isn’t a novel concept to this famous Canadian singer and poet, author of one of the most covered songs of all time. This continually revamped track, “Hallelujah,” is so rich in history and so far-reaching in its influence that entire full-length book has been written about it by AlanLight. Depending on the backdrop it is easy to see this versatile song transform from one of uplifting joy to one of somber sorrow.

Perhaps this is why “Hallelujah” (covered by Jeff Buckley) has been featured in countless televisions shows such as “The West Wing,” “Scrubs,” ER,” and “The O.C.” Conveying a sometimes ambiguous but always emotionally penetrating message, Cohen’s song became an international hit, making it on the charts of the U.S., the U.K., Ireland, France, Finland, Australia, Austria, Canada, Norway, Sweeden, the Netherlands, Switzerland and New Zealand.

The most famous covers of this tune (though there are over 300) were done by Bob Dylan, k.d. lang, Rufus Wainwright, John Cale and Jeff Buckley (whose version is often considered the most perfect interpretation).

Though the song comes across as exquisitely simple, Cohen reportedly crafted around 80 verses “Hallelujah,” painstakingly editing and cutting it down to the instantly recognizable track it finally became. Cohen wasn’t the only one that was unsure about it, either. Now one of the most celebrated songs of all time, Columbia Records (Cohen’s label) initially passed on the track.

However, eventually this wrong was righted and Cohen went on to release it and open the door to hundreds of interpretations of his words. Immortalized in the Rock and Roll Hall of Fame, the Canadian Music Hallof Fame andthe Canadian Songwriters Hall of Fame, Cohen continues to inspire fresh reimaginings of his track. And to that we have to say, “Hallelujah.”

Sports
No Hall of Famer This Year