Warner Bros. Will Profit From "The Wizard of Oz" Anniversary 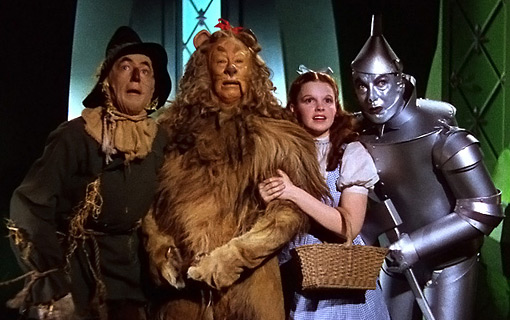 When the diamond jubilee anniversaries roll around for classic films with iconic characters, film studios see an advantage. It's a time to release products, special DVD packages and perhaps a revised 3D theatrical release. Warner Bros. Consumer Products just announced an impressive roster of licensees set to celebrate the 75thAnniversary of "The Wizard of Oz" in 2014. Master toy partner Jazwares, as well as USAopoly and Mattel are among the partners helping to honor one of the most beloved properties in all of film history, which will inspire a range of product across multiple categories including toys, collectibles, games and more.

"No film in history is more recognizable than 'The Wizard of Oz,' and in the lead up to its milestone anniversary, we are working with a number of key licensing partners to commemorate this legendary story," said Karen McTier, executive vice president of Worldwide Marketing and Domestic Licensing at Warner Bros. Worldwide Consumer Products. "We are so thrilled to build a licensing program that will allow fans to celebrate the magic of Emerald City for years to come."

Jazwares will unveil a range of 5-inch small fashion dolls, playsets and role play accessories inspired by iconic characters Dorothy, Glinda the Good Witch, The Wicked Witch of the West, Tin Man and Cowardly Lion, in fall 2013. Global licensing partner Mattel will unveil in 2013 three new Pink Label® "The Wizard of Oz" Barbie® dolls as a part of the Barbie® Collector line. Figures of Dorothy, Glinda the Good Witch and The Wicked Witch of the West are sculpted after the actresses who made the characters so memorable in the film.