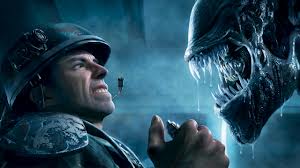 Gearbox Software, Sega, and 20th Century Fox have brought fans of the Alien series an interesting product in the form of Aliens Colonial Marines. The resulting creation is a video game, but it attempts to be more than just a mere entertainment outlet. No, Aliens Colonial Marines is designed to immerse players in the world of the Sigourney Weaver/ James Cameron classics all while allowing gamers the ability to play through a campaign that closely resembles a potential plot for a future franchise feature. Video games, clearly, are not movies. They are, most importantly, incredibly more immersive. Players can walk, interact, and explore fictional worlds just like an actual human walks around in his/her real life surrounding. Unfortunately, something was lost in translation when 20th Century Fox translated its cinematic classics to the video game medium.

The most glaringly obvious drawback of this game is its absolutely horrendous graphics.... To read the full view visit www.latfthemagazine.com 3/1/13

FYI
The Top 10 Movie Musicals Of The Past 50 Years