"The Walking Dead" Has A New Showrunner 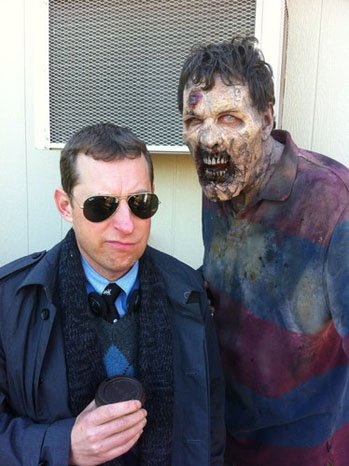 Since the first season of AMC's "The Walking Dead," the hit series has seen three different showrunners. The creator/original showrunner, Frank Darabont departed early in the second season. Next wasGlen Mazzara, who announced that he would be leaving the position in December. Now for the third: Scott M. Gimple will come on board for season four. Gimple has been on the show’s writing staff since season two.

“I'm thrilled to continue the tradition of the spectacular, cinematic, horrifying, exciting and emotional storytelling of ‘The Walking Dead,’” said Gimple. “I'm a huge fan of the comics, and started with the show on the other side of the set, as an avid viewer. Over the past two years, it's been an incredible privilege making such great television with the best cast and crew I've ever worked with – I can't wait to make some more.”

Let's hope the show continues to be in good hands.

Television
Even The Grammys Can't Stop The Zombies