Is Dorner Dead? Manhunt Is Called Off Without Positive ID 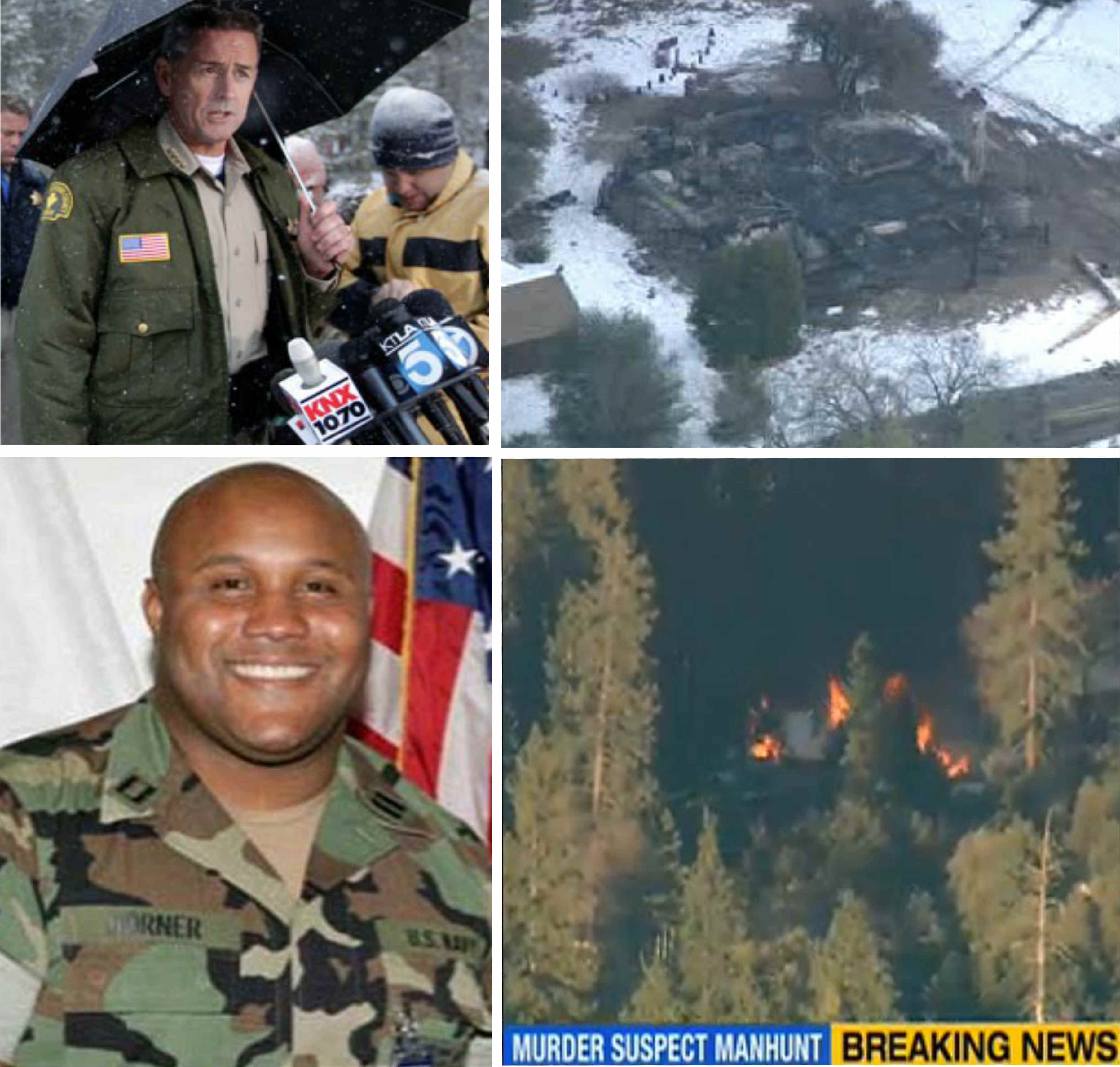 A storm of speculations are brewing. Are the human remains found amongst the charred rubble Christopher Dorner? Did police intentionally set the cabin on fire? Officials are trying to answer these questions as forensics work to confirm whether or not the body is Dorner. San Bernardino County Sheriff John McMahon said that he could not "absolutely, positively confirm" the body found was the fugitive ex-cop. Clearly, they are close enough to being certain in order to call off the manhunt. "We believe the investigation is over at this point," McMahon stated.

After officers engaged in a gun battle on Tuesday with a man who was believed to be Dorner, they reportedly used traditonal tear gas to draw the man out of the Big Bear cabin. "We did not intentionally burn down that cabin," McMahon declared. Just before the cabin was engulfed in flames, a single gunshot was heard. If Dorner is in fact dead, this would be the end of a tragic killing spree, which took the lives of newly engaged Irvine couple: Monica Quan and Keith Lawrence, Riverside police officer Michael Crain andSan Bernardino Sheriff's detective Jeremiah MacKay.

Breaking News
The Hunt For Christopher Dorner Continues; Reward On The Table

FYI
This Man Slapped A Child On A Plane