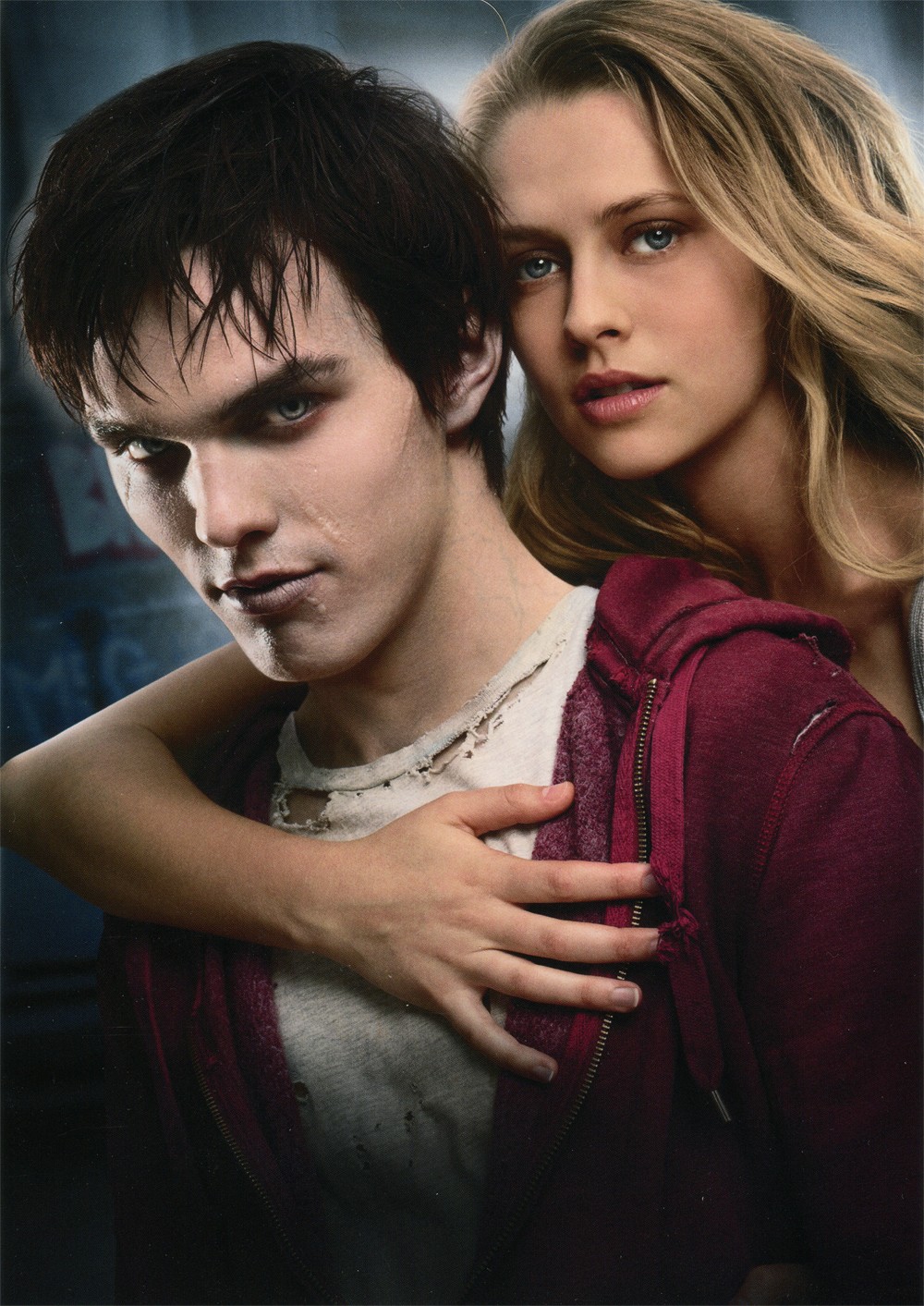 LATF The Magazine sat down with 'Warm Bodies' stars Nicholas Hoult and Teresa Palmer. Read more 2/4 in the magazine. Here's a sneak peek:

Think TWILIGHT, but smarter. Think ROMEO & JULIET, but funny. WARM BODIES is a new kind of film twist on the zombie apocalypse with a mix of romantic comedy. First of all, “love” and “zombies” are rarely, if ever mentioned in the same sentence. But writer, Isaac Marion has a passion for creating stories from really odd perspectives and, somehow, he made forbidden love between a zombie and a human work. The trick was finding the right actor who could make ‘dead’ look ‘attractive,’ seem ‘charming’ and communicate to audiences through groans and grunts. Nicholas Hoult was the guy for the role. He’s the British child-actor turned young man-actor from ABOUT A BOY who has broken out in the past few years with X-MEN: FIRST CLASS, SKINS and A SINGLE MAN. In WARM BODIES he plays R, a zombie who yearns for connection rather than roaming about bumping into fellow zombies. He has thoughts and opinions, but just can’t find the words or gestures to express them out loud. That is until he meets Julie, portrayed by Teresa Palmer. R could have eaten Julie’s brains, but instead he falls in love with her at first sight. From that moment on, he aims to keep her from harm’s way. The more time they spend together, the closer R is to being human again. While Marion insists the film is not ROMEO & JULIET, he admits the Shakespeare classic informs some of the film’s subtext (Balcony scene, cough, cough). Everything from Jonathan Levine’s direction, to the clever dialogue and the chemistry between Teresa and Nicholas is the perfect formula for an intelligent and entertaining story. On a sunny day in LA, with no zombies in sight, Nicholas and Teresa sat down to talk about romance and the undead.

What kind of ‘zombie school’ did you go to to learn how to be dead?

Nicholas: There were some days where me and Rob Corddry would work with people from the Cirque du Soleil. We would take off our shoes in a dance studio and walk around making our bodies feel very heavy. It was one of those things where you think about it a lot, but you’ve just got to try hard and see what works. Jonathan Levine would tell us if we were doing too much or not enough. I didn’t want to go too over the top.

Teresa: I watched “28 Days Later,” which I love so much. Also “Zombieland,” which doesn’t take itself too seriously. I think it pokes fun at the zombie genre. But I’ve always been a fan of zombie films. It was great reading the script and knowing I could be a part of one. I had never read anything quite like it before. I heard the premise before I read the script and I wasn’t too sure about it, but after reading it; it’s so beautiful and poignant.

Visit www.latfthemagazine.com 2/4 to read the rest of the interview by Pamela Price.