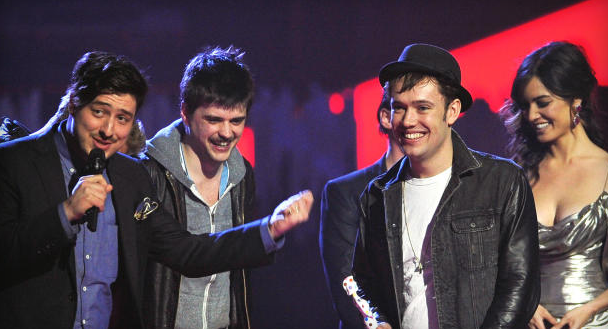 Mumford & Sons will need to make a little room on their mantel next to their two shiny golden gramophones for a tall slim white lady speckled in a rainbow of polka dots. Last night the breakout folk rock group picked up the Brit Award for the Best British Group of 2013. And a big congratulations to the other big winner of the evening, fellow U.K. citizen, Emeli Sandé. The pop soul singer-songwriter snagged two awards, including Best British Female Solo Artist, and possibly the most coveted accolade, Mastercard British Album Of The Year. Winning for her debut record, “Our Version Of Events,” the powerful singer beat out the likes of “Fall To Grace” by Paloma Faith, and even Mumford’s “Babel” which took home the this year’s Grammy for Album Of The Year. 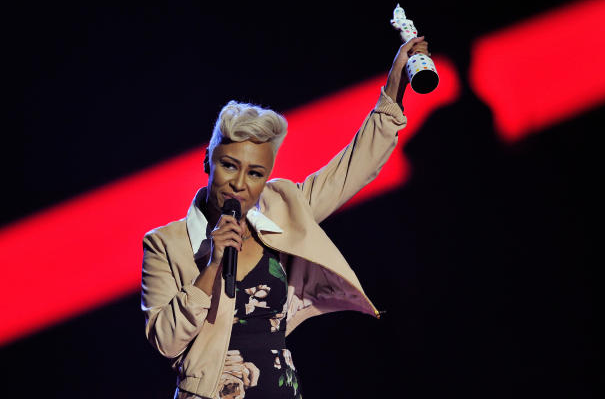 And of course these days it really isn’t a music award ceremony unless Adele wins something. This year she walked away with the win for her “Skyfall” track for the Best British Single, topping a whopping 14 other contenders.

American groups got their fair share of nods as well as The Black Keys were given the trophy for the Best International Group and Frank Ocean edged out Bruce Springsteen and Gotye for Best International Male Solo Artist. The Critic’s Choice Award went to Tom Odell. It’s a safe bet to say that we should watch out for this acoustic folk artist, as his predecessor, Emeli Sandé (who received the award in 2012) proved that the critics certainly know how to pick them.

Look out for LATF The Magazine’s in depth interview and story on Emeli Sandé coming out in our March issue.