Listen To "The Sound Of Music" With Carrie Underwood 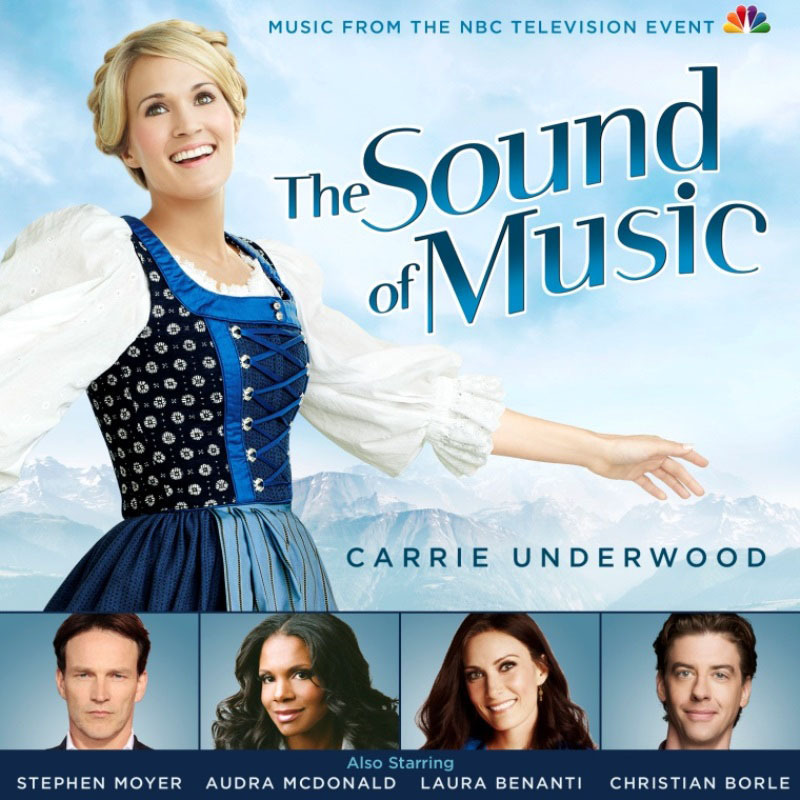 On Dec. 3Sony Masterworks will release the companion soundtrack to NBC's live broadcast of "The Sound of Music," based on the classic stage musical. The three-hour live production, starring six-time Grammy Award winner Carrie Underwood as Maria von Trapp, will air Dec. 5.

"The Sound of Music" — Music From the NBC Television Eventwill include studio recordings for all of the musical numbers that are performed by the cast members in the live broadcast, including Rodgers and Hammerstein favorites "The Sound of Music," "My Favorite Things," "Do-Re-Mi," "Sixteen Going on Seventeen" and "Climb Ev'ry Mountain," among others.

"The Sound of Music," set in the 1930's before and during "Anschluss" when the Nazi's annexed Austria, is based on the romantic true story of Maria von Trapp, an aspiring nun who leaves the abbey to become a governess for the widower Capt. von Trapp's seven children. She soon finds herself falling in love with her employer and questioning her religious calling. It premiered on Broadway in 1959 where it broke box-office records and won the Tony Award for best musical. The 1965 film adaptation won the Oscar for best picture.