If an absolutely sold out crowd at the TCL Chinese Theater accurately represents a cross-section look at America, then Director Steve McQueen can do no wrong right now. The British born filmmaker of this year’s breakout hit “12 Years A Slave” was met with a warm embrace and a standing ovation in what was supposed to be an evening dedicated to the art of directing. Well, I mean, that’s what the title suggested at least. 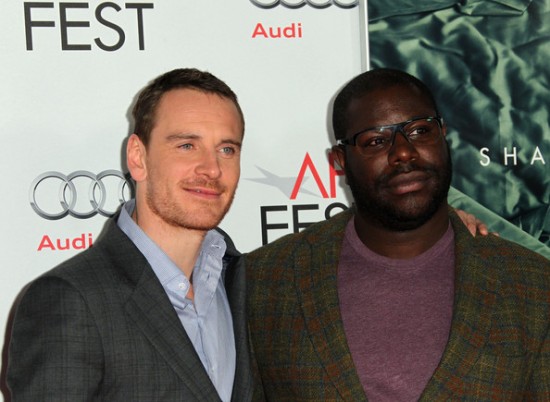 Apparently the moderator did not receive the same instruction because what transpired was a brief, sub 40-minute expose on racial politics, societal dilemmas, and pretty much everything but cinema and the art of making it.

In any case, McQueen bit the bullet—hard—and nonetheless wowed the audience with his quick wit and inspirational stories.

With movies that run the gamut of what it means to make provocative cinema—motion pictures like “Shame” and “Hunger”—McQueen is poised to finally break into the Hollywood mainstream. While his conversation was a short one, due to that cursed moderator who shall remain nameless, there was a lot to learn from the filmmaker.

The discussion opened with McQueen’s motivation to enter the world of cinema as a small child living in Britain. “It all started out with a crayon and a piece of paper,” he remembered, “what I mean is that it’s all about the frame. And for me, I was very lucky that I could draw and through that evolution—painting to cinema—it was natural really. And in England, we had all of these cinemas, and at the age of seventeen or eighteen, I kind of discovered film. Film and all of its many forms—Warhol to Goddard to Steven Spielberg—so many colors and flavors of film. That’s really all I did between seventeen and twenty-one was I went through the classics. It gave me the opportunity to see the world.”

Moving from England to his time as a college student at NYU’s Tisch Film School, McQueen conceded that he didn’t know what traditional film means and whatever it does represent, he certainly doesn’t believe in following it. “For me at least, maybe because I had a base of experimentation, it was very frustrating to me to be put into a situation where I couldn’t do as such. Film School was a regime of sorts and very good for certain types of people, but not necessarily good for me.”

Getting into the making of “12 Years A Slave,” McQueen spoke about the discovery of the memoir of Solomon Northup—the protagonist of the film who was subjected to improper 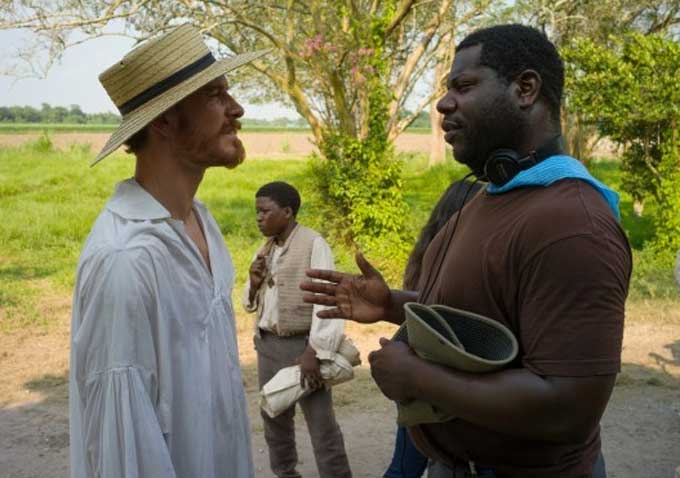 slavery for over 12 years. “The process behind it all was that I wanted to make a film about slavery. I had this idea of this free man from the north who is kind of dragged into slavery and we, the audience, follow along with him as he regains his freedom. I had a script, but it wasn’t going so well and then my wife told me to look into true counts of slavery. She found this book “12 Years A Slave.” And when I read it, it was—of course—a revelation to me. I didn’t know Solomon Northup. I didn’t know “12 Years A Slave” and I was asking myself why I was quite embarrassed actually, but then I realized that no one I knew had ever heard of this book too. The whole idea of Anne Frank and Anne Frank’s Diary is so huge, and was required reading in England at least, so it kind of upset me afterward because how could I know Anne Frank but not know about Solomon Northup.”

Solomon Northup’s journey is finally getting the recognition it deserves because, according to McQueen, the newly republished Penguin version sold over 40,000 copies since his movie came out. That, however, isn’t enough. His end goal for this film is to use it to get “12 Years A Slave” into school curriculums. “This book, this memoir, is the Anne Frank story of American slavery. If I can accomplish anything from this film, it is to get it into the hands of school children.”

But what’s next? In the entertainment industry, it is all about what your doing next. When this question was posed, however, McQueen forcefully told the moderator that the continued fight to promote his current film is his only concern right now. He wants to make sure that every person that wants to see it is able to do just. “Making another movie isn’t my priority right now,” the director said, “my work isn’t done with this one yet. And it won’t be until Northup’s memoir is given the attention it deserves.” 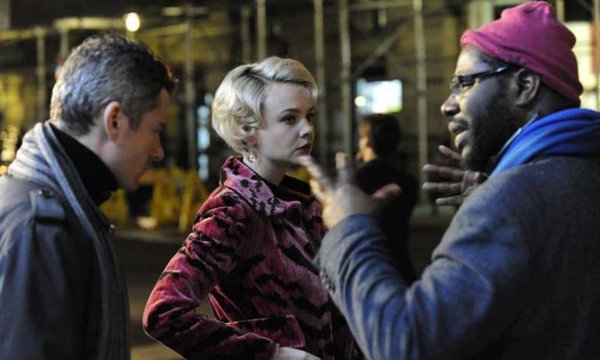 While it was a bit disappointing to find out that there won’t be another Steve McQueen movie for quite some time, it was still an inspiration to see a filmmaker speak with so much passion about the effects his film can have on the world, and not just on his career.  I, for one, am definitely going to head to Barnes and Noble to pick up a copy of “12 Years A Slave.” Who’s with me?

Director Steve McQueen spoke during the AFI Fest in Hollywood California on November10th as part of the Conversations section of the festival. The festival runs until Thursday, November 14th. For tickets, head to afifest.afi.com.

AFI FEST presented by Audi is a celebration of global cinema and today’s Hollywood – a showcase for the best festival films of the year and an opportunity for master filmmakers and emerging artists to come together with audiences in the movie capital of the world. AFI FEST is the only festival of its stature that is free to the public.