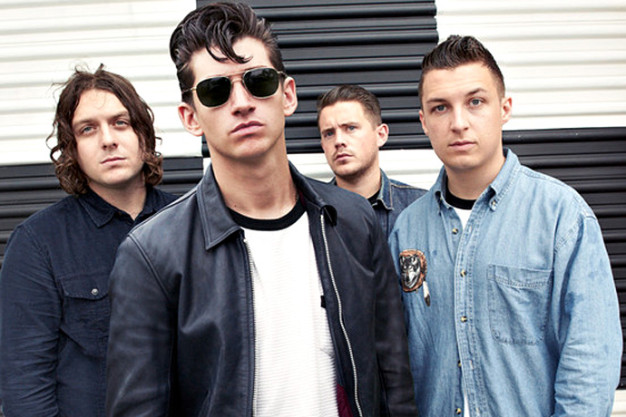 Arctic Monkeys are expanding their US tour into 2014.  The band will stop in several cities including Miami, Charlotte, Minneapolis, Boston and are returning to New York City to play Madison Square Garden on February 8th - the Grammy nominated band’s first time headlining the arena.  Special guests Deerhunter will be opening for Arctic Monkeys in NYC and Boston.  Tickets are on sale November 8th.  For more information, visit www.arcticmonkeys.com.

It has been a monumental year for Arctic Monkeys with their triumphant return to the headlining spot at Glastonbury and selling out venues across the US and Europe in support of their latest release AM (Domino). Helped by the huge radio support of single “Do I Wanna Know?” (PRESS HERE to watch the video on YouTube – close to 20 million views), AM gave the band their 5th consecutive UK #1 album and, at #6, their highest ever Billboard Chart placing. Arctic Monkeys are playing several holiday radio shows including San Francisco’s LIVE 105 Not So Silent Night on December 6th and KROQ’s Almost Acoustic Christmas on December 7thin Los Angeles.  Full list of dates below.