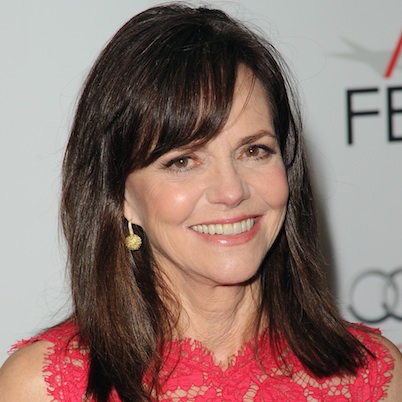 The American Academy of Arts and Sciences inducted 166 members, from leading scientists, authors, and business executives, to the heads of academic, philanthropic, and cultural institutions in the United States and abroad.

Academy Award-winning actor Sally Field, Emmy Award-winning filmmaker Ken Burns, novelist Martin Amis and jazz great Herbie Hancock were among the inductees.  Field and Burns read from the Letters of John and Abigail Adams, and the ceremony concluded with a performance by Hancock.

"The Induction Ceremony recognizes the achievement and vitality of today's most accomplished individuals who together with the Academy will work to advance the greater good," said Academy Secretary Jerrold Meinwald. "These distinguished men and women are making significant strides in their quest to find solutions to the most pressing scientific, humanistic, and policy challenges of the day."

Founded in 1780, the American Academy is one of the nation's oldest and most prestigious learned societies, and an independent research center that draws from its members' expertise to conduct studies in scienceand technology policy, global security, the humanities and culture, social policy, and education.

Members of the 2013 class include winners of the Nobel Prize; National Medal of Science; the Lasker Award; the Pulitzer and the Shaw prizes; the Fields Medal; MacArthur and Guggenheim fellowships; the Kennedy Center Honors; and Grammy, Emmy, Academy, and Tony awards.