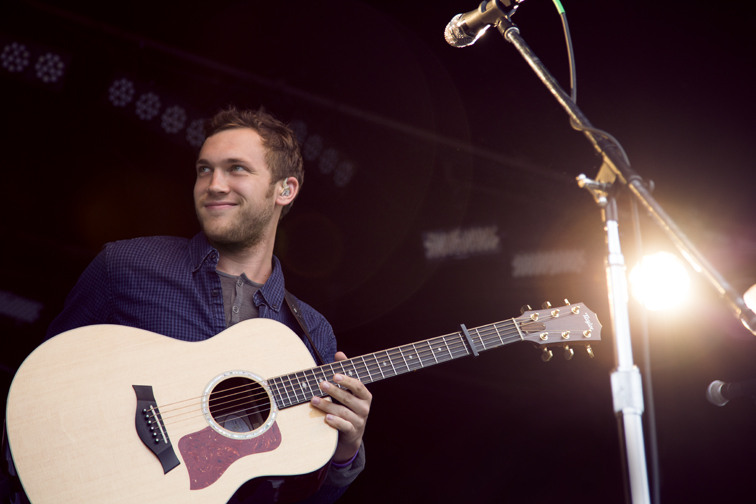 To thank fans for their support Phillips is re-releasing his debut album to include three additional live tracks. Live versions of “Gone, Gone, Gone,” “Where We Came From” and “Man on the Moon” will join the live version of his hit single “Home” that is on the original album. This fan edition of The World From the Side of the Moon is due November 19th, on the one-year anniversary of the album's original release. Fans can also purchase the three tracks as a separate set titled Phillip Philips: Live.  The new live songs were recorded during stops on John Mayer’s Born and Raised tour.

The World From the Side of the Moon's first two singles “Home” and “Gone, Gone, Gone” have hit Number One on Billboard's Adult Contemporary chart, putting Phillips in the company of only eight other male solo artists who have achieved the same feat. "Home" sees sales of over 4.7 million making it the most successful single of any American Idol winner.  The album's third single, "Where We Came From" is one of nine tracks on the album Phillips wrote or co-wrote.

Phillips has been on tour with John Mayer since July, and will continue to open for Mayer on the second leg of the Born and Raised Tour, which kicks off November 19th in Moline, IL and runs through December 17th at Barclays Center in Brooklyn, NY.  A string of college headline shows will take place before the Mayer dates. See below for complete itinerary.