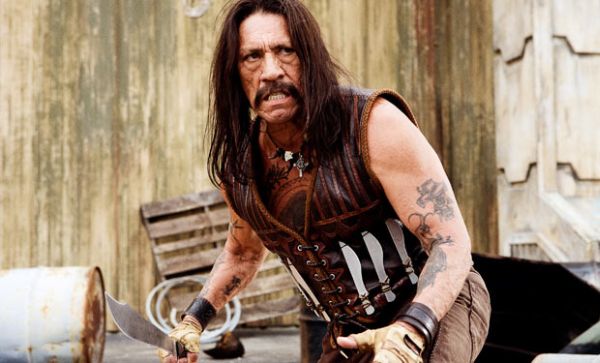 Lace up your hiking boots, and pack yourself a sleeping bag, because “Machete Kills” is 100% pure camp. Starring Danny Trejo as the title character, Robert Rodriguez’s over the top sequel to—you guessed it—“Machete” is an absolutely ridiculous motion picture. Machete is mindless. Machete is tasteless. Machete is definitely offensive. But beyond all of its filthy, grimy Mexican exploitation sludge, “Machete Kills” is a thoroughly entertaining mess of a movie.

With a plot that could have been concocted by a two-year old, Kyle Ward’s screenplay is much more concerned about showing off Machete’s killing abilities than conveying a compelling narrative. Jessica Alba’s murder puts everything in motion as we see Machete recruited by the USA to track down an evil madman.

Charlie “Estevez” Sheen plays the President of the United States; Sofia Vergara wears a shotgun strap-on shaped like a man’s genitals and feels the need to kill every man she comes in contact with. Oh yeah, and Lady Gaga has four lines of dialogue. That’s really the general gist of the movie. Machete being the Mexican James Bond that he is, digs deeper into the villainous Dr. Voz (Mel Gibson) all while continuously leaving a fresh trail of bodies in his wake. 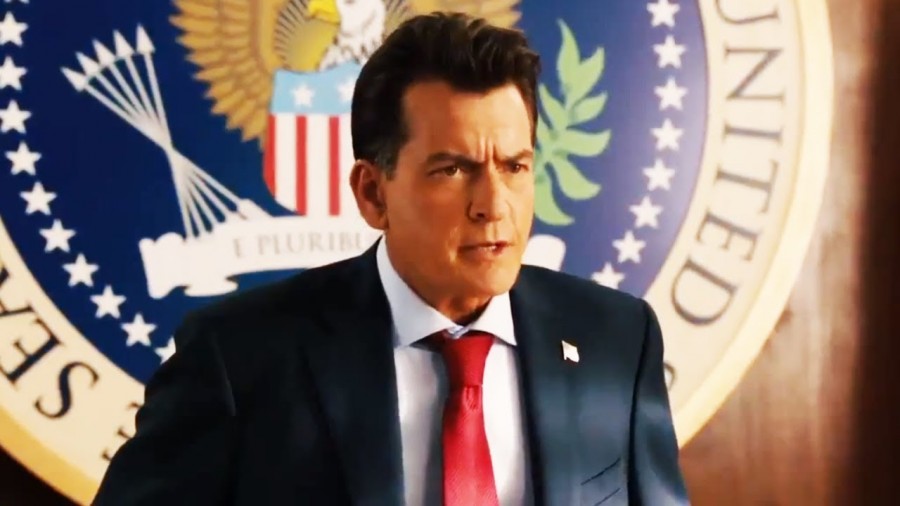 What the story lacks in originality, Ward more than makes up for in the amount of creative ways his protagonist dispatches with enemies. To tone down the violence, I’ve translated the Mexican vigilante’s actions into this poem:

He even electrocutes ‘em.

He straps them to exploding helicopters

And even sprays them with blood from the doctor’s.

He never hesitates to decapitate

Machete even uses a rocket

To blast through a bad guy’s eye-socket. 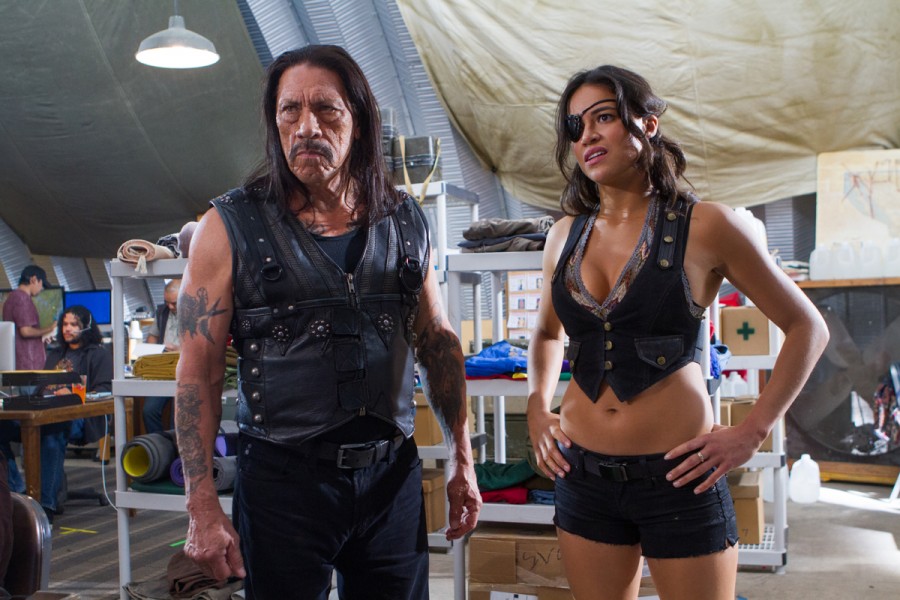 All poetry aside, “Machete Kills” is definitely a star-studded affair. Joining the aforementioned Trejo, Alba, Sheen, Vergara, Gaga, and Gibson are Cuba Gooding Jr, Antonio Banderas, Michelle Rodriguez, Amber Heard, Alexa Vega, and Vanessa Hudgens. Each actor fully embraces the schlockiness of the film, and hams it up for the camera.

Sheen, in particular, has no problem poking fun at himself. From “winning” as the President of the US of A to sleeping with women three at a time, the actor plays a knowingly sarcastic version of his actual personality.

There is no mistaking that Rodriguez is still very much fixated on grindhouse filmmaking. Purposefully damaged camera footage, an absurd introductory trailer for “Machete Kills Again: In Space,” and a hilarious 3D sex scene all skillfully aid the overall mood of the film.

While these seemingly simplistic filmmaking techniques may create a sense of amateur, guerrilla style cinema, “Machete Kills” is anything but. Rodriguez deftly uses his movie to provide stark social commentary about border politics. Machete isn’t simply a Mexican, he is all of Mexico. 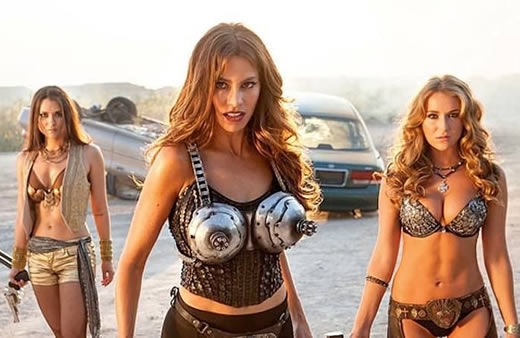 heritage as the central subject matter, he has accomplished a lot in Hollywood and in the process put actors like Antonio Banderas and Michelle Rodriguez on the map. “Machete Kills” might not be the director’s best effort, but it still holds true to his central values. Style over substance. Tongue-in-cheek more than hurtful. Exceedingly overt social message instead of covert judgment of America’s wrongdoings to that group of people south of the border.

“Machete Kills” isn’t the least bit award worthy, but it sure is a lot of fun.