Get Gory With "The Carrie Buckets Of Blood" App 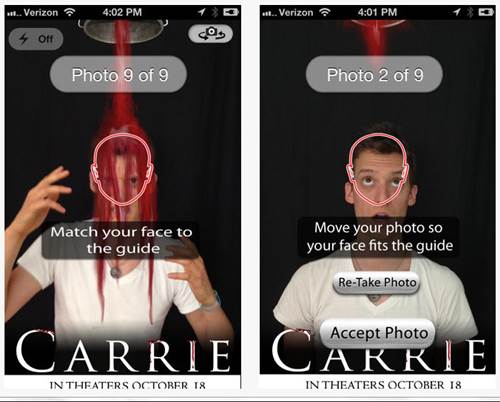 "Carrie" is a reimagining of the classic horror tale about Carrie White (Chloë Grace Moretz), a shy girl outcast by her peers and sheltered by her deeply religious mother (Julianne Moore), who unleashes telekinetic terror on her small town after being pushed too far at her senior prom.

Based on the best-selling novel by Stephen King, "Carrie"is directed by Kimberly Peirce with a screenplay by Lawrence D. Cohen and Roberto Aguirre-Sacasa.

Here is a link to download the free app: http://bit.ly/CarrieBucketsOfBlood.

FYI
Want Leftover Food? There's An App For That

Electronics
Party Anytime, Anywhere With The McDowell's No. 1 Karaoke App