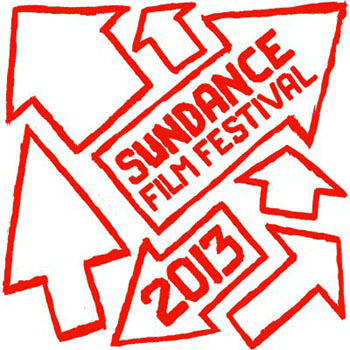 John Cooper, Director of the Sundance Film Festival, said, “We are pleased to see a number of returning filmmakers in our Premieres and Documentary Premieres sections, indicating that there is sustainability, longevity and personal reward to careers in independent film."

For a full list of films visit www.sundance.org/festival. Here are the world premieres for feature length films to take place throughout the week; presented by Entertainment Weekly.

A.C.O.D. / U.S.A. (Director: Stuart Zicherman, Screenwriters: Ben Karlin, Stuart Zicherman) — Carter is a well-adjusted Adult Child of Divorce. So he thinks.  When he discovers he was part of a divorce study as a child, it wreaks havoc on his family and forces him to face his chaotic past. Cast: Adam Scott, Richard Jenkins, Catherine O'Hara, Amy Poehler, Mary Elizabeth Winstead, Clark Duke.

The Inevitable Defeat of Mister and Pete / U.S.A. (Director: George Tillman Jr., Screenwriter: Michael Starrbury) — Separated from their mothers and facing a summer in the Brooklyn projects alone, two boys hide from police and forage for food, with only each other to trust.  A story of salvation through friendship and two boys against the world. Cast: Skylan Brooks, Ethan Dizon, Jennifer Hudson, Jordin Sparks, Anthony Mackie, Jeffrey Wright.

Prince Avalanche / U.S.A. (Director and screenwriter: David Gordon Green) — Two highway road workers spend the summer of 1988 away from their city lives. The isolated landscape becomes a place of misadventure as the men find themselves at odds with each other and the women they left behind. Cast: Paul Rudd, Emile Hirsch.

Top of the Lake / Australia, New Zealand (Directors: Jane Campion, Garth Davis, Screenwriters: Jane Campion, Gerard Lee) — A 12-year-old girl stands chest deep in a frozen lake. She is five months pregnant, and won't say who the father is. Then she disappears. So begins a haunting mystery that consumes a community. Cast: Elisabeth Moss, Holly Hunter, Peter Mullan, David Wenham. This six-hour film will screen once during the Festival.

The Way, Way Back / U.S.A. (Directors and screenwriters: Nat Faxon, Jim Rash) — Duncan, an introverted 14-year-old, comes into his own over the course of a comedic summer when he forms unlikely friendships with the gregarious manager of a rundown water park and the misfits who work there. Cast: Steve Carell, Toni Collette, Allison Janney, Sam Rockwell, Maya Rudolph, Liam James.