No Hall of Famer This Year 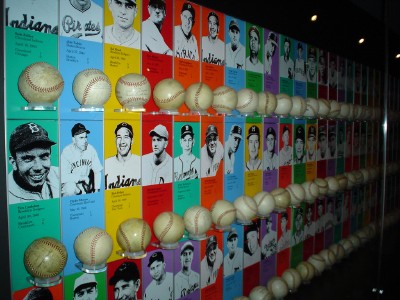 A winning candidate did not emerge from the Hall of Fame balloting conducted by the Baseball Writers’ Association of America and verified by Ernst & Young. There were 569 ballots cast, the third highest total in the history of the voting, but none of the 37 candidates in the 2013 vote gained mention on the required 75 percent for election to the National Baseball Hall of Fame.

Hall of Fame president Jeff Idelson said, “The standards for earning election to the Hall of Fame have been very high ever since the rules were created in 1936. We realize the challenges voters are faced with in this era. The Hall of Fame has always entrusted the exclusive voting privilege to the Baseball Writers’ Association of America. We remain pleased with their role in evaluating candidates based on the criteria we provide.”

This is the eighth election by the BBWAA that did not produce a Hall of Famer and the first since 1996.

Music
The Rock And Roll Hall Of Fame Announces 2013 Inductees

Food & Drinks
Are You A Food Writer? Want To Travel To Chile?