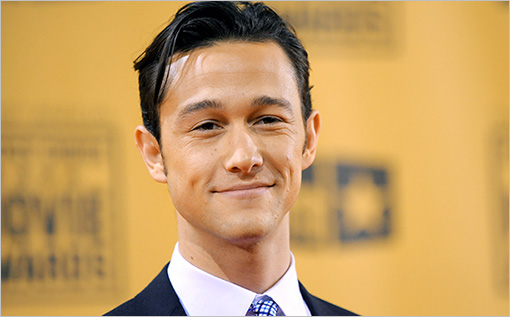 Actor, writer and director Joseph Gordon-Levitt will host the 2013 Sundance Film Festival feature film Awards Ceremony on January 26 in Park City, Utah and live-streamed at www.sundance.org/festival. Gordon-Levitt's career is on the rise. He has appeared in seven films at the Festival, including Mysterious Skin, Brick, and (500) Days of Summer. His directing debut, the short film, Sparks, premiered at the 2009 Festival, and his online production company hitRECord had a featured installation in New Frontier the following year as well as a live performance event at the 2012 Festival. Additionally, his feature film directorial debut, Don Jon’s Addiction, will screen in the out-of-competition Premieres section at the 2013 Festival, and Gordon-Levitt is an Artist Trustee of Sundance Institute.

John Cooper, Director of the Sundance Film Festival, said, “Joseph Gordon-Levitt’s accomplished and original artistic perspectives have contributed greatly to Sundance Institute and the independent film community. As host, he is sure to add flair to our Awards Ceremony in similarly exciting ways, and we are thrilled that he will join us in recognizing outstanding achievements at this year’s Festival.”

Awards for short films will be announced at a separate ceremony on January 22 at Park City’s Jupiter Bowl.

Film
Al Pacino to be Honored