The Space Shuttle Endeavour Has Landed! 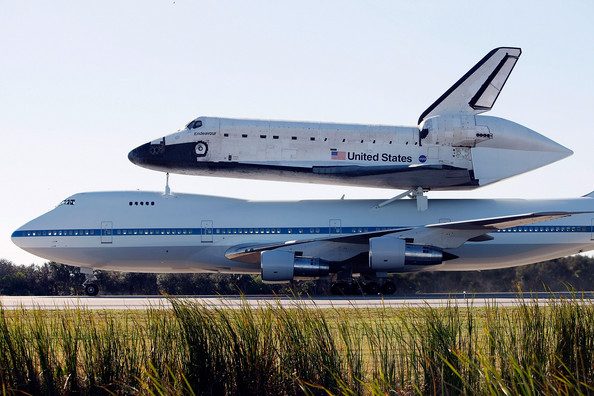 The space shuttle, Endeavour, atop its 747 Shuttle Carrier Aircraft (SCA) departed Houston's Ellington Field at about 7 a.m. CDT Thursday, September 20th, 2012 and landed this afternoon at Los Angeles International Airport (LAX). This was the final flight for the shuttle that took part in 25 space missions. An arrival ceremony will take place before Endeavour is taken off the 747 and transported to its permanent home at the California Science Center next month.

During this exciting time, social media users were encouraged to share their Endeavour sightings using the hashtags #spottheshuttle and #OV105, Endeavour's vehicle designation. Don't miss this great piece of history!

For more information about NASA's transfer of space shuttles to museums, visit:
http://www.nasa.gov/transition

For information about NASA and agency programs, visit:
http://www.nasa.gov