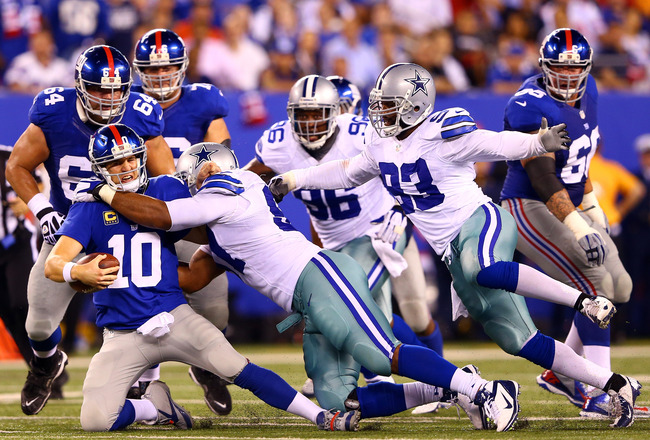 In spite of the owner-imposed lockout of the NFL referees, last night’s ‘NFL Kickoff’ was the third-most watched “NFL Kickoff” game in the 11-year history of the event, according to fast national data released today by The Nielsen Company. While facing strong competition from the Democratic National Convention, which aired on multiple broadcast and cable networks, the game dominated the night in primetime more than doubling the combined delivery of ABC and CBS. The NFL East rivalry, won by the Cowboys 24-17 over the Giants in the first NFL game played on a Wednesday since 1948, was seen by 23.9 million viewers (8:41-11:30 p.m. ET), the third-most watched “NFL Kickoff” game, only surpassed by last year’s Saints-Packers thriller, a match-up of the two previous Super Bowl winners (27.1 million), and the 2010 opener (Vikings-Saints, 27.5 million) which featured an NFC Championship Game rematch between the Minnesota Vikings, led by quarterback Brett Favre, and the then-defending Super Bowl champion New Orleans Saints. With reports that the NFL creates revenue between 8 and 9 billion dollars per year, the viewership certainly seems to support the huge amounts of money being generated by one of America’s favorite pastimes.