While most of the country is under extreme heat have you ever wondered who invented the air conditioner? 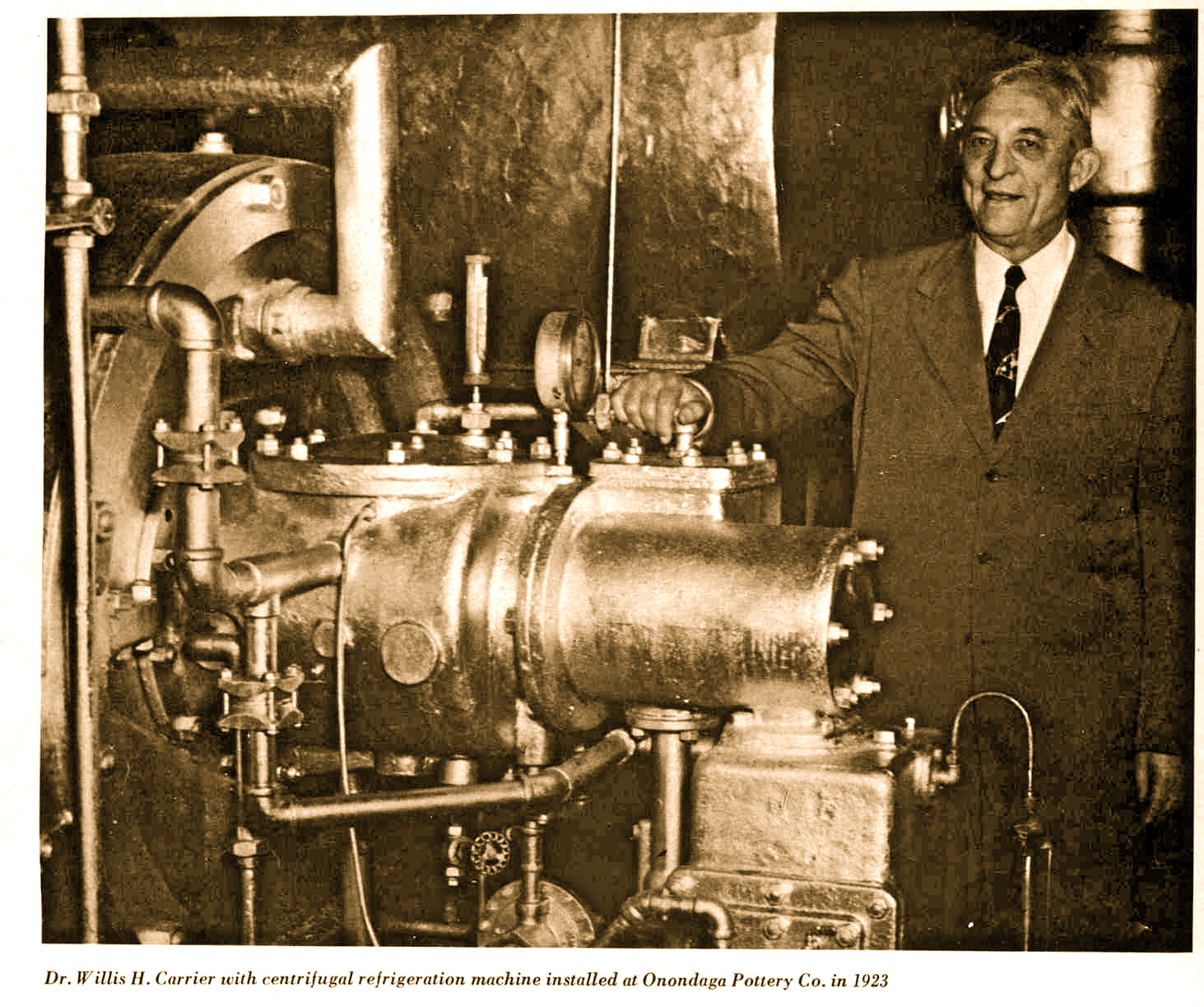 Willis Carrier with the first air cooling unit in 1923

In Buffalo, New York, on July 17, 1902, in response to a quality problem experienced at the Sackett-Wilhelms Lithographing & Publishing Company of Brooklyn, Carrier submitted drawings for what became recognized as the world's first modern air conditioning system. The 1902 installation marked the birth of air conditioning because of the addition of humidity control, which led to the recognition by authorities in the field that air conditioning must perform four basic functions:

After several more years of refinement and field testing, on January 2, 1906, Carrier was granted U.S. patent No. 808897 on his invention, which he called an "Apparatus for Treating Air," the world's first spray-type air conditioning equipment. It was designed to humidify or dehumidify air, heating water for the first and cooling it for the second.

In 1906, Carrier discovered that "constant dew-point depression provided practically constant relative humidity," which later became known among air conditioning engineers as the "law of constant dew-point depression." On this discovery he based the design of an automatic control system, for which he filed a patent claim on May 17, 1907. The patent, No. 1,085,971, was issued on February 3, 1914.

On December 3, 1911, Carrier presented the most significant and epochal document ever prepared on air conditioning – his "Rational Psychrometric Formulae" – at the annual meeting of the American Society of Mechanical Engineers. It became known as the "Magna Carta of Psychrometrics." This document tied together the concepts of relative humidity, absolute humidity, and dew-point temperature, thus making it possible to design air-conditioning systems to precisely fit the requirements at hand.

And there you have it. He is the man we should thank each time we turn on the switch!

Food & Drinks
You know how much Americans love their coffee!!

L. A. Glam
Protect Your Hair During The Summer With AVEDA