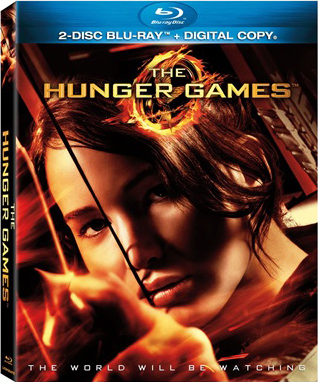 Today you can take home the motion picture event that set the world on fire! Lionsgate’s The Hunger Games is the first film in the franchise, which has already grossed nearly $400 million at the North American box office and is approaching $650 million at the worldwide box office. HG is now on 2-disc DVD (plus digital copy), 2-disc Blu-Ray (plus digital copy), VOD and digital download with three hours of previously unavailable bonus materials in the biggest home entertainment launch in Lionsgate’s history.

- “The World is Watching: Making of The Hunger Games – an eight-part documentary covering the “making of” the film in all aspects from the pre-production process all the way through the theatrical release and fan reactions

-“A Conversation with Gary Ross and Elvis Mitchell”

-Propaganda Film (in its entirety)

-“Preparing for The Games: A Director’s Process” (Blu-ray Exclusive) ---- * Subject to change

For Pricing Info & More Go To: