Alanis Morissette's "Havoc and Bright Lights" Shines... But Not Too Brightly 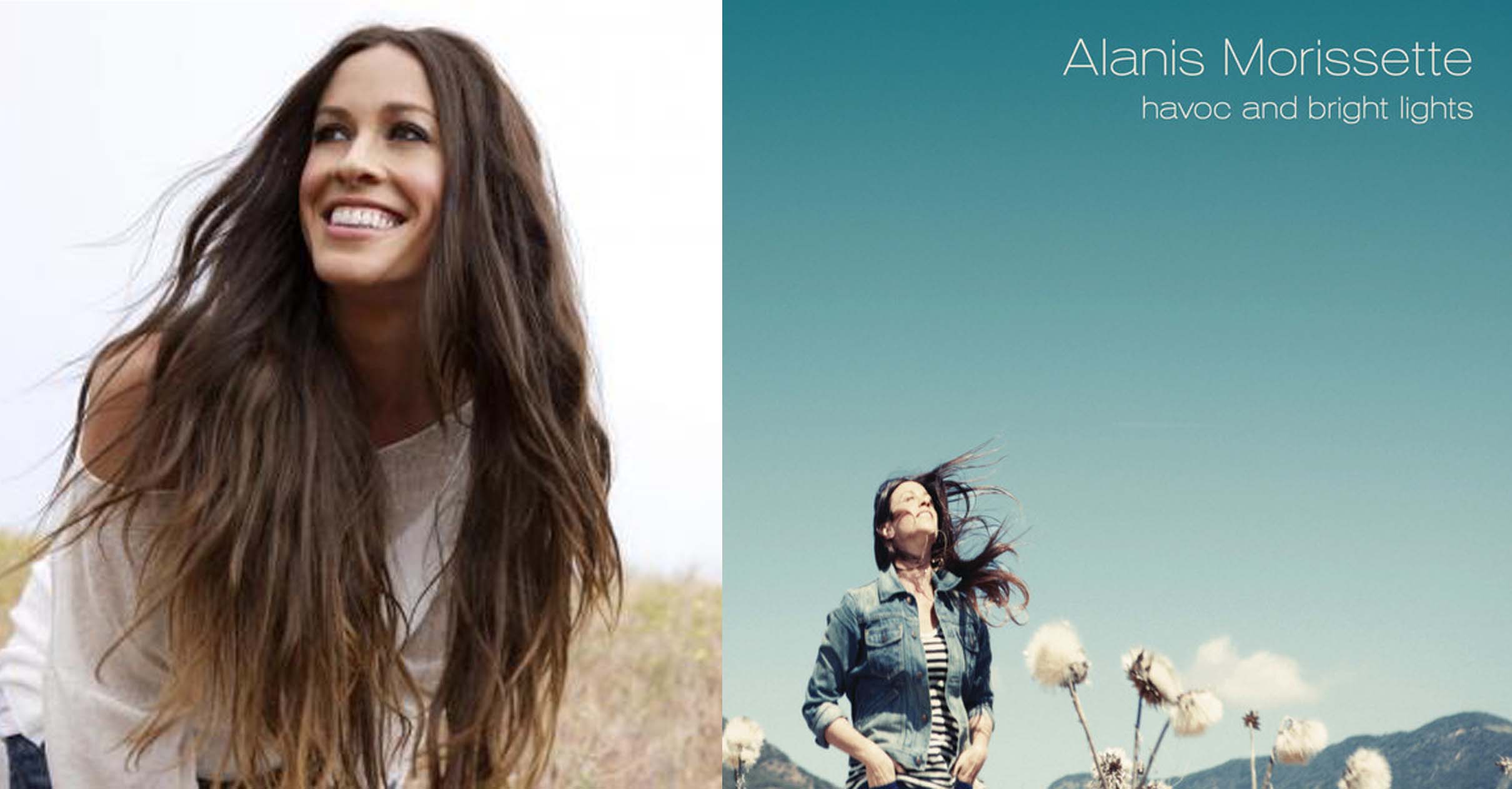 Alanis Morissette, the long haired brunette that caught everyone’s attention almost 15 years ago, has just released her eighth album, “Havoc and Bright Lights.” The singer first made waves in the music industry with her international breakout album, “Jagged Little Pill,” in 1995. That record, which tenaciously stayed in the top twenty on the Billboard 200 for over a year, catapulted Morissette to global acclaim. With a slew of hits off the album, such as “You Oughta Know,” “All I Really Want,” “Hand in My Pocket,” “Ironic,” “You Learn,” and “Head Over Feet,” Morissette quickly became known for her edgy and unrestricted (yet still feminine) sound. Immediately, people responded to her unique mix of raw, uncensored emotional lyrics and uncompromisingly powerful vocals. Since that record, Morissette has become renowned for putting her heart and soul into her songs without pulling any punches when it comes to her private life. This has allowed her to become widely heralded as a songwriter that creates personally intimate, but still relatable hits. Throughout her career, this strategy has earned her seven Grammy’s, sixteen Juno Awards, two Golden Globe nominations and a spot on the Guitar Center’s RockWalk. Her most recent album, however, vacillates between strongly adhering to the delicate formula of vulnerable angry-chick-rock that made her famous, and departing from it completely, in favor of a more easy-going sound. Effectively, this then makes “Havoc and Bright Lights” a blend of both the kind of music a fan would hope for, and the type that might be better left off the album altogether.

As the record opens with “Guardian,” it is immediately obvious why this song was chosen as the single. Without any subtly, the song dives right into fast and heavy guitar strumming, paired with sturdy drumbeats. Here Morissette stays true to her signature vocal style of shifting between a soft warble and overwhelmingly explosive choruses. Showcasing Morissette’s classic fusion of toughness and sensitivity,“Guardian”is the kind of song that makes you want to turn on “repeat” as you drive down the freeway with wind blowing in your hair.

The best of the album is in that first track. However, songs like “Lens” and “Empathy” are close contenders for second. Both of these tunes are solid cuts. Their stripped down style makes them easily sound as though they could have been left over from her recording sessions in the 1990’s.

Unfortunately, there are quite a few tracks that disrupt the otherwise enjoyable flow of the record. “Til You” is soft and sweet enough, but it’s also just a bit boring. Perhaps this is the fallout to a songwriter whose lyrics always come from how she’s feeling at the moment. Now a happily married mother, it’s possible she just doesn’t have it in her to produce the same kind of raw resentment and frustration that we saw in tracks like “You Oughta Know.” Not that her happiness hasn’t yielded some great hits in the past, like “Head Over Feet.”

Almost as if sensing this potential criticism, Morissette follows up “Til You” with the angry track “Celebrity.” Regrettably, the thumping drums and her anger come off as contrived and almost pedantic. Her other song in this vein is “Numb.” Here she combines the Pink Floydian phrase “comfortably numb” with an ominous guitar and menacing keyboard. As if an attempt to force herself back into her old rebellious skin, “Numb” is filled with phrases like “I feel angry.” Still, it seems that we should be able to feel her anger without her having to tell us about it. As she sings the line, “I am bored,” you can’t help but think, “yeah… me too.” Though this song is clearly meant to inspire head banging, in the end it only inspires quizzical head shaking.

“Havoc,” which is almost twice the length of an average song, is somewhat melodramatic. However, this type of defenseless emotion is just the kind of thing that fans look for in a Morissette record. The song lulls you in so much so, that you don’t really mind or notice that it is almost 6 minutes long. On the other hand, her other lengthy track, “Win and Win,” seems to drag on at a full 5 minutes. Cutting it down to a more palatable 3:30 would have definitely been the way to go here, as the length feels indulgent and unnecessary.

“Havoc and Bright Lights” smartly closes with “Edge of Evolution,” which is definitely one of the better songs on the album. The track is imbued with the type of possibility that makes her music so attractive. Overall, the record has some undeniably great songs that make the album worthwhile. However, the deadweight keeps “Havoc and Bright Lights” from being a truly superior release.

Alanis has just embarked on her tour across the U.S. in promotion of this album.