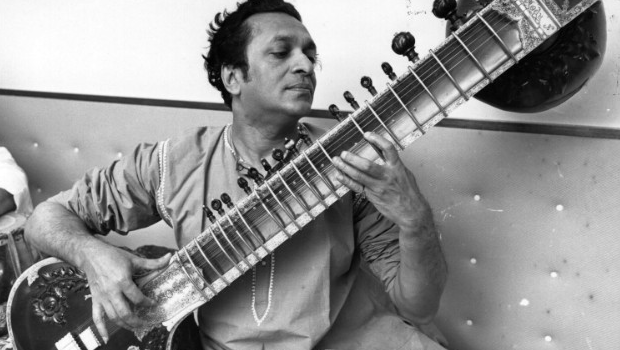 Ravi Shankar, world famous musician, sitar virtuoso, three-time Grammy winner, spiritual leader, and beloved composer passed away this week at the age of 92. Widely known for his mastery of the string instrument, Shankar became a friend, spiritual mentor and teacher to numerous musical icons in their own right such as George Harrison, and John Coltrane, among so many others.

Born in India, Shankar was highly affected by the famine and war in Bangladesh. In fact, he was the impetus for the pioneering charity super-concert “The Concert For Bangladesh.” Harrison created this event to aid those in need after Shankar opened his eyes to what was going on in his country.

Shankar passed away on the eve of the “12-12-12” concert for victims of Hurricane Sandy, which likely wouldn’t have occurred if not for Harrison’s involvement with Shankar so many years before. The concert last night proved as another example of the far-reaching positive impact that Shankar and his music had on the world. Not only did he bring Indian musical influences to the West, but he also helped in some way to foster a community of civically conscious artists.

Shankar was also the father to soulful American singer-songwriter Norah Jones. Though she did not often speak about her relationship with Shankar, as she was estranged from him for much of her childhood, Jones said yesterday, "My dad's music touched millions of people. He will be greatly missed by me and music lovers everywhere.”

His absence will indeed be felt, but so will his spirit along with Harrison’s in the events and music to come.