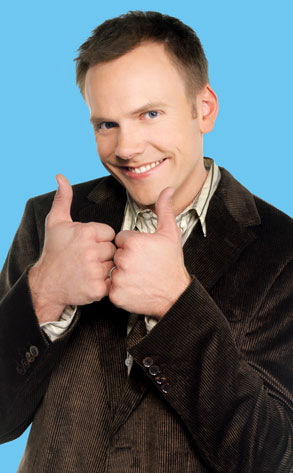 One of our favorite funny guys, Joel McHale (NBC’s “Community,” “The Soup”) will host the second-annual American Giving Awards (AGAs) presented by Chase on Saturday, December 8 (8-10 p.m. ET) on NBC from the Pasadena Civic Auditorium in Pasadena, Calif.

Produced by Dick Clark Productions and Intersport, the AGAs were introduced in 2011 as a celebrity tribute to recognize COMMUNITY heroes. This year, $2 million in Chase grants will be shared among five featured charitable organizations, which will be chosen from a group of 25 previous Chase Community Giving grant recipients.

“I am honored to be chosen to host the second annual American Giving Awards,” said McHale. “The impact that an award like this plus two million dollars can make on any of these amazing organizations is huge. I just hope they don't distribute the money in the form of coins because that would be really inconvenient and heavy."

From November 27 through December 4, Facebook users and Chase online customers will have the opportunity to vote for their favorite of the 25 participating charities.

Voting for the American Giving Awards will take place on Facebook and Chase.com. For more information on how to vote, please visit www.facebook.com/chasecommunitygiving. Get updates and join the conversation on Twitter by following @ChaseGiving and using #GivingAwards.

Film
Robert Zemeckis Is Director Of The Year At PSIFF

Sports
The Facts About Obesity & Making A Change