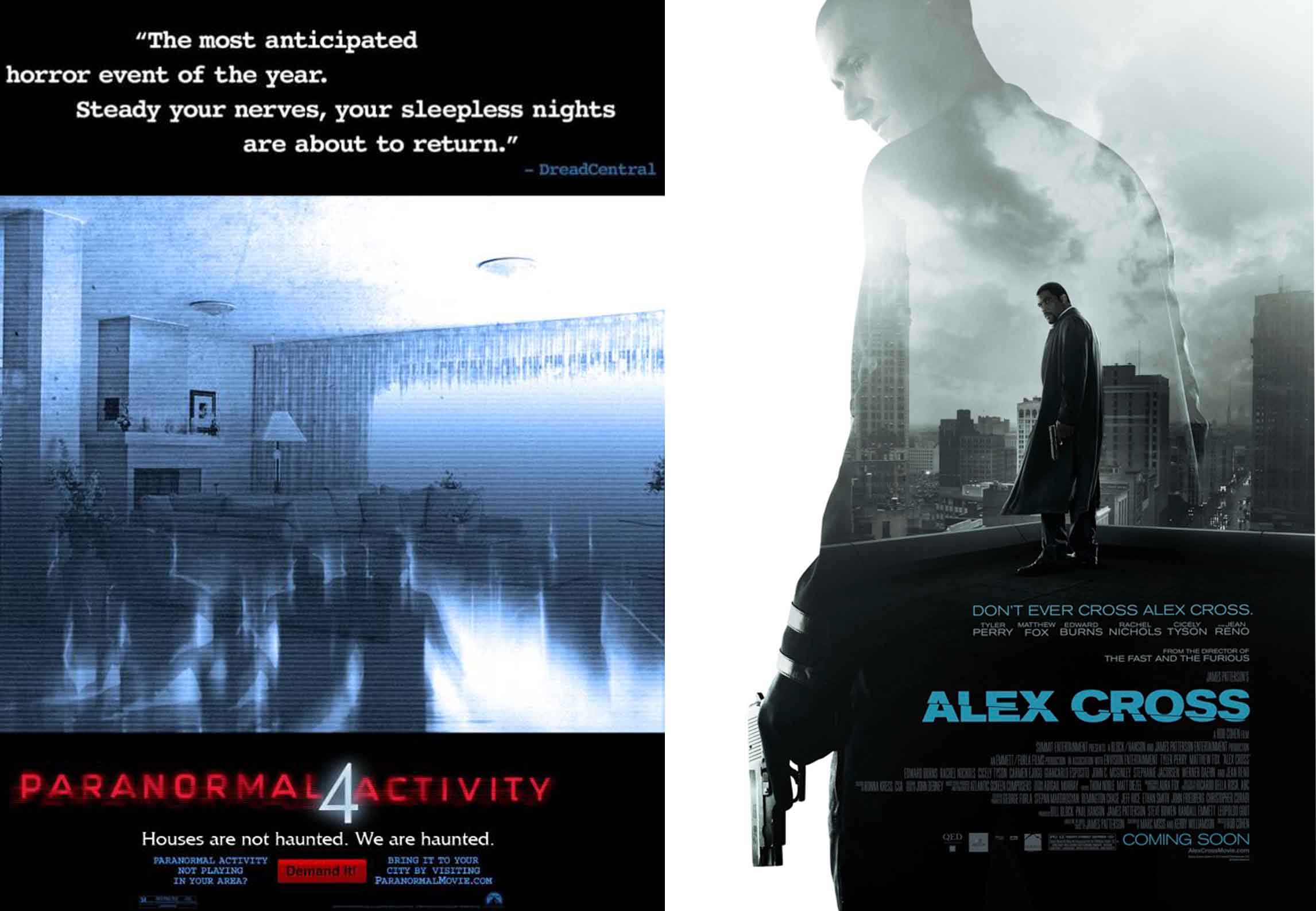 In a turn to the dramatic, Tyler Perry stars as Alex Cross, an incredibly deft homicide detective and psychologist who meets his match when he is confronted by a genius serial killer (Matthew Fox). Based on the hugely successful James Patterson novels, ‘Alex Cross’ is an edge of your seat thriller that blurs the psychological boundaries between what is morally right and wrong. http://www.imdb.com/title/tt1712170/

The Paranormal Activity film series keeps rolling on with this year’s installment of the ever-growing horror franchise. Paramount Pictures reunites the same directors from the third flick, Henry Joost and Ariel Sculman, and ups the scare ante after a suburban family witnesses strange incidents in their neighborhood after a woman and a mysterious child move in. www.paranormalmovie.com