Hulu Renews "Only Murders in the Building" For A Second Season 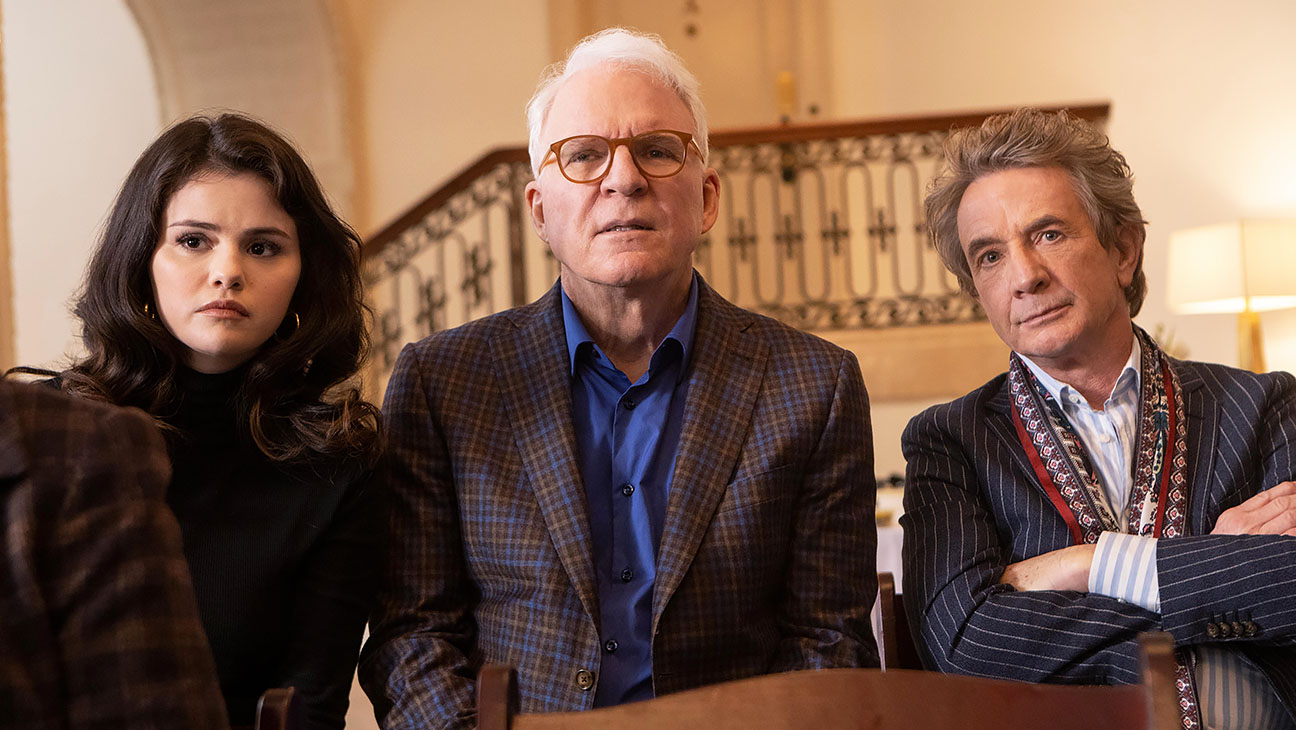 "Only Murders in the Building," the hit Hulu Original comedy series starring Steve Martin, Martin Short and Selena Gomez has been picked up for a second season.

"'Only Murders in the Building' reflects the kind of creative excellence that is the hallmark of Hulu Originals. Steve, John and Dan have created a uniquely captivating and entertaining series. The audience's response to the delightful blend of mystery, humor and emotion in the show has been overwhelming and we can't wait to follow this unlikely trio on their next adventure," said Craig Erwich, president, ABC Entertainment and Hulu Originals.

"There has been something about this project that felt almost fated from the start; from Dan's first lunch with Steve in which Steve happened to mention he had an idea for a series, to John jumping aboard to co-create it, to Steve's agreeing to star but only if Marty joined him, to the inspired addition of Selena. The comedy this team delivered has been the obsession of every executive at this studio, and our friends at Hulu have treated it like the crown jewel that it is. And now, thanks to the incredible audience response, we are so happy to say there will be more murders in the building -- which is great news for everyone, except perhaps the residents of the Arconia," said Karey Burke, president, 20th Television.

"Everyone in our amazing 'Building' worked with such love and expertise through extraordinary times -- and with incredible support from Disney, Hulu and 20th TV -- to create a first season that might live up to our legendary cast, our beloved New York City, and to make a show about connection. To feel we've connected with our audience and hit the mark enough already to have the chance to continue -- and to carry on our show's wild ride of mystery-comedy-empathy -- is too exciting for words. So I'll shut up now -- and just say a huge thanks to all and I can't wait for more!" said co-creator and executive producer John Hoffman.

Added executive producer Dan Fogelman, "If you'd told 15-year-old me that I'd Zoom multiple times this week with Steve Martin and Martin Short to celebrate our show's launch, I would have asked 'What's Zoom?' But this is still all incredibly exciting. I'm so proud of all involved and grateful to Dana, Craig and Karey, and our fantastic partners at Disney, 20th and Hulu."

From the minds of Steve Martin, Dan Fogelman and John Hoffman comes a comedic murder-mystery series for the ages. "Only Murders in the Building" follows three strangers (Steve Martin, Martin Short and Selena Gomez) who share an obsession with true crime and suddenly find themselves wrapped up in one. When a grisly death occurs inside their exclusive Upper West Side apartment building, the trio suspects murder and employs their precise knowledge of true crime to investigate the truth. As they record a podcast of their own to document the case, the three unravel the complex secrets of the building which stretch back years. Perhaps even more explosive are the lies they tell one another. Soon, the endangered trio comes to realize a killer might be living amongst them as they race to decipher the mounting clues before it's too late.

"Only Murders in the Building" hails from co-creators and writers Steve Martin and John Hoffman ("Grace & Frankie," "Looking"). Martin and Hoffman executive produce along with Martin Short, Selena Gomez, Jamie Babbitt, "This Is Us" creator Dan Fogelman and Jess Rosenthal.

A new episode dropped today in which Mabel slips away on a solo mission tracking the victim's final days. Suspicious, Charles and Oliver follow he

"Only Murders in the Building" is the latest series to join Hulu's acclaimed slate of original comedies including such award-winning series such as "Ramy," "Pen15," "Shrill" and "The Great," among others.

Television
Words With: Aaron Dominguez of Hulu's 'Only Murders in the Building'