This Thursday, September 23, animal-lovers across the world will unite their voices for orphan animals by honoring Remember Me Thursday® (RMT).

How can you join the cause and celebration?

Social media postings using the hastags #RememberMeThursday and #SeeTheLight, as well as candle-lighting ceremonies, proclamations, and even flag raisings, will remind the world that orphan animals need our help to raise awareness of their plight.

The campaign, started only nine years ago by Helen Woodward Animal Center, has touched over 190 countries and has made over 1.5 billion social media impressions.

For San Diegans, this special day can be honored locally in Helen Woodward Animal Center’s outdoor education pavilion September 23 at 9:00 a.m. PST.  Whether attending in-person or on-line, here are three very exciting reasons to be a part of it!

Adopted as a puppy from Helen Woodward Animal Center, Osa has filled the home of Jean and Don Houts with love. Earlier this year, she added new meaning to her title of rescue dog when she jumped into action to save not only the home of her owners but potentially their lives. It was the middle of a night when a quick-spreading fire had started on the outdoor grill, close to the Houts’ bedroom. Osa sprinted into the bedroom, which she typically stays out of, and began barking non-stop and running toward the patio door. Her quick actions alerted Don of the dangerous situation. He was able to spring out of bed and put the fire out himself.  While the fire cause significant damage to the home, the Houts’ say they are eternally grateful for their four-legged companion. They say without her early alert; the fire would have continued to spread to the rest of their home and could have threatened their lives.  Osa’s brave and loyal actions are credited for saving her family and their home and that is why she is the 2021 Remember Me Thursday® Rescue Pet Hero. 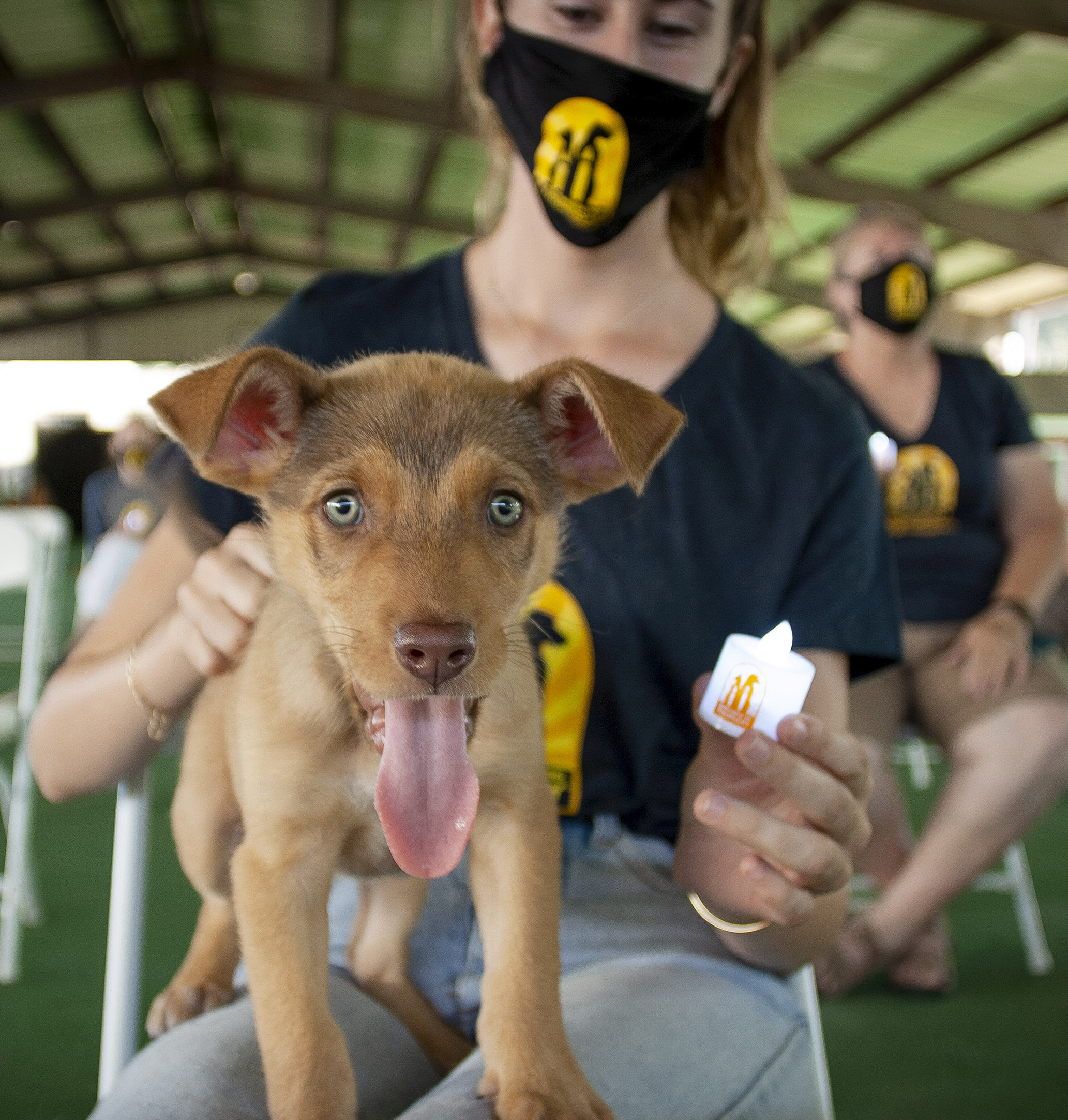 This year, in addition to words from RMT founder and Center President and CEO Mike Arms, a reading of the official RMT poem, and a heartfelt international candle lighting, the ceremony will also include representatives from Puerto Rico, Japan, Croatia, Denmark, Kazakhstan, Canada and the United Kingdom, virtually via video chat, to simultaneously light up the world for orphan pets.

Each year, notable personalities, professional athletes, pet behaviorists and social media pet stars sign on as “luminaries,” committing to share their thoughts on pet adoption in videos and via their social media accounts throughout the campaign.  As the campaign’s 2021 Official Spokesperson, Brittany Aldean is the wife of country music artist, Jason Aldean, a mother to two beautiful babies, two dogs, six fish, and is a powerful social media influencer with over 2 million fans.  This year, Aldean has already started encouraging fans to share their love and support for orphan pets during Thursday’s campaign.

Thursday’s ceremony will include the unveiling of Brittany Aldean’s RMT PSA, as well as her personal message regarding her own rescue pet.

(This weekend, Aldean will actually visit Helen Woodward Animal Center on Sunday, September 26th and will be honored at a VIP ceremony with the Center’s 2021 Humane Award.  The award will recognize her support this year, as well as her past dedication and efforts towards the cause of orphan animals.)

The very special international RMT Zoom call and ceremony will also be available online for the animal-loving public to watch.

Those who wish to register to watch can click here.

The public can also get involved by tweeting, tagging, posting and sharing the beauty and life-saving significance of pet adoption using the hashtags #RememberMeThursday and #SeeTheLight and tagging @hwac.

For more information on Remember Me Thursday® and a full list of participating celebrities and animal welfare organizations, go to www.remembermethursday.org.

Lifestyle
Halloween Safety Tips: Why Chocolate Is Bad For Your Dog