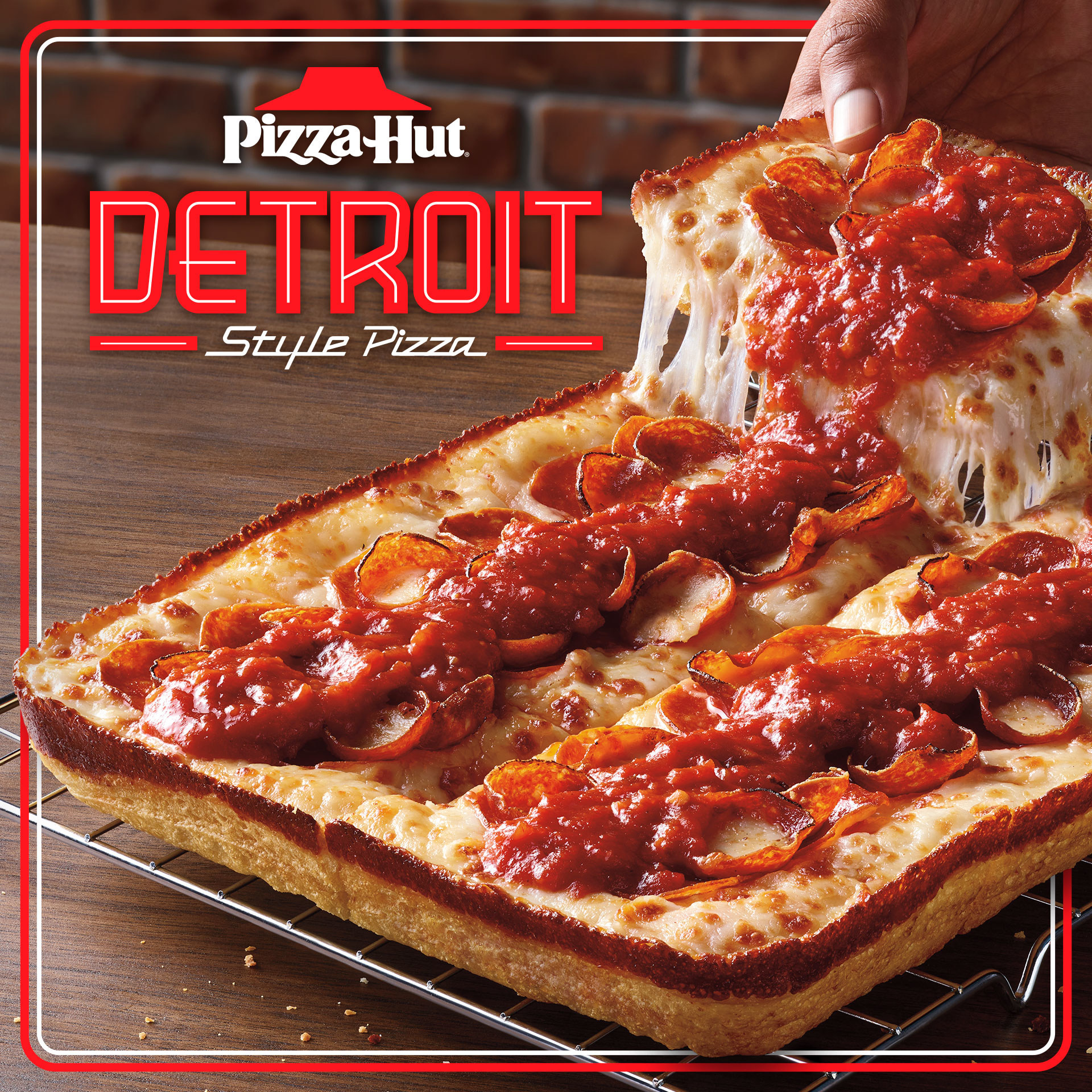 Detroit-Style pizza is BACK at Pizza Hut for a limited time. Beginning today, Hut Rewards® members get early access to indulge in its cravable, caramelized-crust, glory - one day before all pizza lovers can sink their teeth into this fan favorite starting August 25 - and now with the option to create your own personal recipe with up to five topping combinations.

The recipe that took more than a year and 500+ iterations to develop, was in such high demand when it debuted in early 2021 that it sold out two weeks earlier than projected nationally. In addition to creating an unprecedented spike in web searches across the country for Detroit-Style—reaching peak popularity after launch, based on Google Trends data—Pizza Hut's latest innovation also stirred up huge demand in the Detroit area that was double the national average. The launch ultimately led to Pizza Hut's best quarterly sales results in 10 years.

Pizza Hut Detroit-Style pizza celebrates all the beloved elements of a true Detroit-style pizza. Each pizza is rectangular-shaped, served up with cheese all the way to the edge creating a caramelized crust, loaded with toppings and topped with a premium vine-ripened tomato sauce.

To make this new menu item truly unique, Pizza Hut incorporated its own take on a few elements – such as the tomato sauce that tops the pizza – which it tested eight different versions of before finding the perfect taste.

"Detroit-Style was a hit from the moment it launched," said David Graves, General Manager, Pizza Hut. "Once it sold out, our customers have been asking for it back. This is actually the fastest we've brought back a pizza in over 10 years."

Detroit-Style pizza will be available exclusively for Hut Rewards members one day early beginning August 24 and all pizza lovers can get their hands on a thick, square slice starting August 25. For the first time, customers now have a 'Create Your Own' option available, to customize their Detroit-Style pizza with up to any five of their favorite toppings. For those who enjoyed the original offerings, three bold handcrafted recipes are back, including: