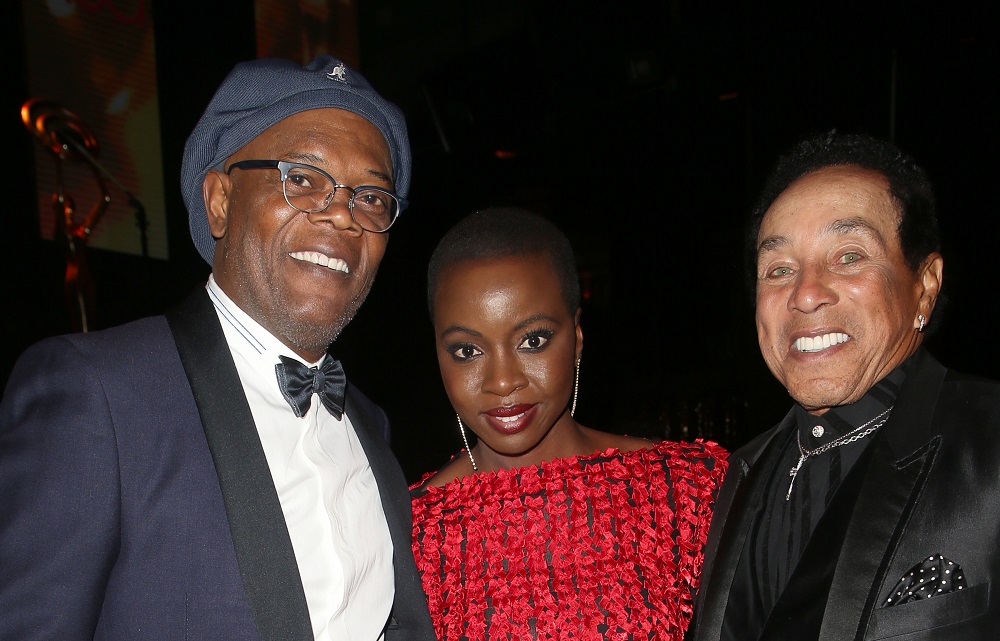 The Academy of Motion Picture Arts and Sciences announced today that its Board of Governors voted to present Honorary Awards to Samuel L. Jackson, Elaine May and Liv Ullmann, and the Jean Hersholt Humanitarian Award to Danny Glover.  The four Oscar® statuettes will be presented at the Academy's 12th Governors Awards on Saturday, January 15, 2022, in Los Angeles.

"We are thrilled to present this year's Governors Awards to four honorees who have had a profound impact on both film and society," said Academy President David Rubin. "Sam Jackson is a cultural icon whose dynamic work has resonated across genres and generations and audiences worldwide, while Elaine May's bold, uncompromising approach to filmmaking, as a writer, director and actress, reverberates as loudly as ever with movie lovers.  Liv Ullmann's bravery and emotional transparency has gifted audiences with deeply affecting screen portrayals, and Danny Glover's decades-long advocacy for justice and human rights reflects his dedication to recognizing our shared humanity on and off the screen."

Glover first caught the attention of movie audiences in "The Color Purple" and went on to star opposite Mel Gibson in the "Lethal Weapon" series.  He has also appeared in "To Sleep with Anger," "The Royal Tenenbaums," "Dreamgirls," "Beyond the Lights" and "Sorry to Bother You."  A lifelong community activist, his efforts for worldwide justice have inspired others to follow his leadership.  He has been a particularly strong advocate for economic justice and access to health care and education in the United States and Africa.  He has served as a Goodwill Ambassador for the United Nations Development Program and is currently a UNICEF Goodwill Ambassador.

Jackson has brought an indelible presence to his roles in more than 100 films ranging from independents to blockbusters.  He earned an Oscar nomination for his supporting performance in "Pulp Fiction" (1994).  He has starred in such films as "Spider-Man: Far from Home," "Shaft," "The Hateful Eight," "Chi-Raq," "Django Unchained," "Black Snake Moan," "Unbreakable," "Jackie Brown," "Eve's Bayou," "The Long Kiss Goodnight," "A Time to Kill," "The Great White Hype," "Die Hard with a Vengeance," "True Romance," "Jurassic Park," "Menace II Society," "Jungle Fever," "Mo' Better Blues" and "Do the Right Thing," as well as entries in the "Star Wars," "Avengers," "Iron Man" and "Incredibles" series.

May made her mark as a writer-director with "A New Leaf," in which she also starred, "Mikey and Nicky" and "Ishtar," and also directed "The Heartbreak Kid."  Her screenwriting credits include "The Birdcage" and she received Oscar nominations for the adapted screenplays for "Heaven Can Wait" (1978) and "Primary Colors" (1998).  In the early 1960s, May achieved great success partnering with Mike Nichols, whom she met in an improvisational theater group, as a comedy team on stage and television.

Ullmann began her career as a stage actress in her native Norway.  She came to the attention of international audiences in "Persona," the first film she made with the Swedish director Ingmar Bergman.  Their notable collaboration went on to include "The Passion of Anna," "Cries and Whispers" and "Autumn Sonata."  Ullmann received Oscar nominations for Best Actress for "The Emigrants" (1971) and "Face to Face" (1976).  She made her directorial debut in 1992 with "Sofie" and later directed "Faithless," from a script by Bergman.  Ullmann continued to work in theater for most of her career, making her New York stage debut in 1975 as Nora in "A Doll's House."

The Honorary Award, an Oscar statuette, is given "to honor extraordinary distinction in lifetime achievement, exceptional contributions to the state of motion picture arts and sciences, or for outstanding service to the Academy."

The Jean Hersholt Humanitarian Award, also an Oscar statuette, is given "to an individual in the motion picture arts and sciences whose humanitarian efforts have brought credit to the industry."

The 12th Governors Awards is proudly supported by Rolex, the Exclusive Watch of the Academy of Motion Picture Arts and Sciences.