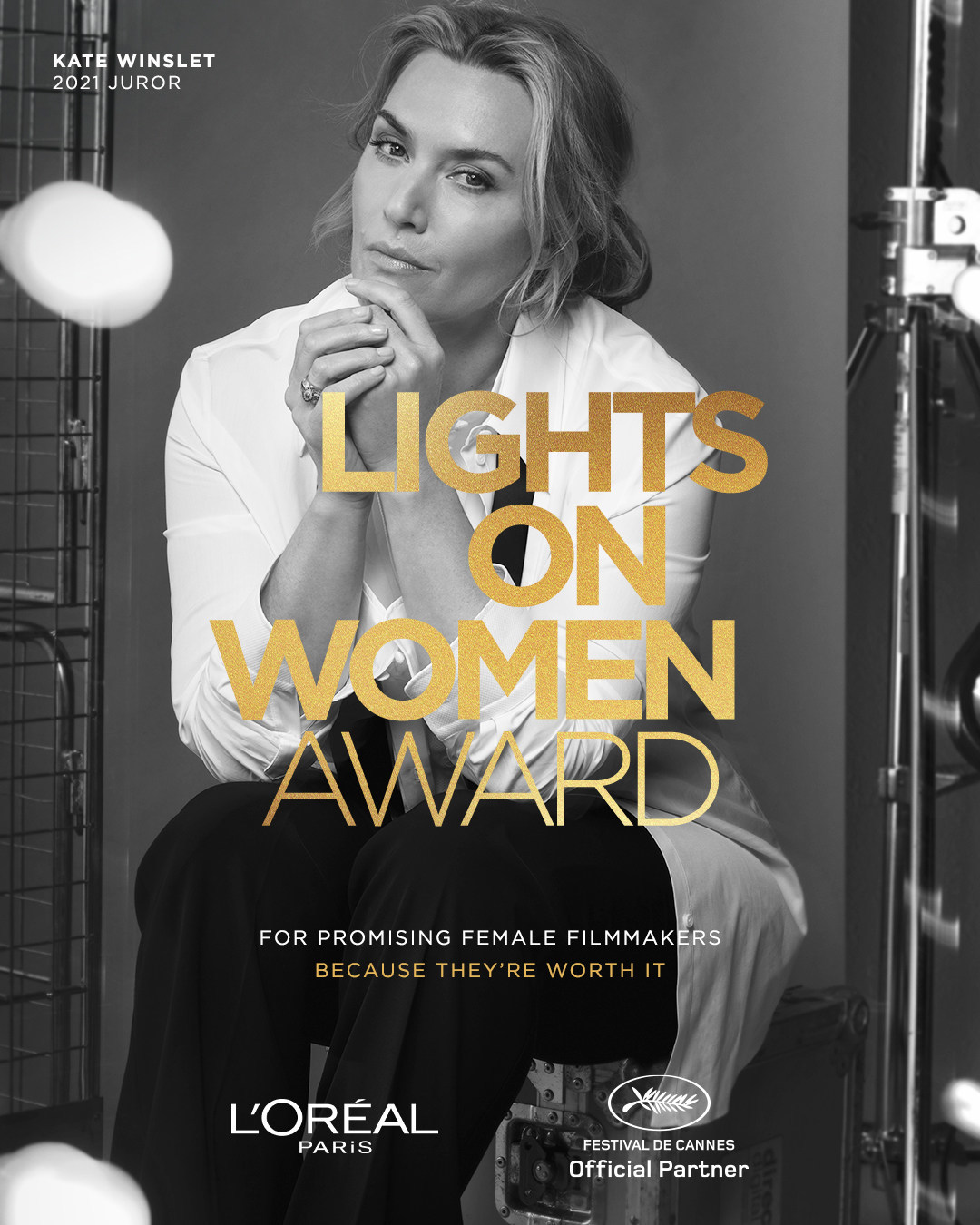 On the occasion of the 74th Festival de Cannes, L'Oréal Paris has announced the launch of the Lights On Women Award which will honour one rising female filmmaker in partnership with the Short Films competition of the Festival de Cannes. The winner will be hand-picked from a selection of the Festival de Cannes' Short Films competition and from international film schools' short film programs. The final choice will be determined and announced by Academy award-winner and L'Oréal Paris spokesperson Kate Winslet - the Award's first Juror - during a special prize ceremony at the Jeune Cinéma dinner in Cannes on July 16.

As an Official Partner of the Cannes Film Festival for more than 24 years, L'Oréal Paris has always been a feminist brand that champions women's empowerment, specifically in the world of film through its privileged relationship with iconic actresses who embody the values of the brand. Now, L'Oréal Paris is going even further with this commitment, with the launch of a dedicated award program for women in cinema. Short films, thanks to their flexible format and relatively low barriers to entry, have long been considered to reflect the future of the film industry; as such, this award will encourage promising directors to pursue their creative ambitions and provide funding that will empower women in overcoming the obstacles that they encounter.

"This exciting partnership with L'Oréal Paris represents a natural extension of the brand's ongoing support for Cannes and the wider cinema community," says Thierry Frémaux, Director of the Festival international du film de Cannes. "The Lights On Women Award will offer a much-needed opportunity to honour a deserving creator and aligns with the broader commitment of the Short Films competition and international film schools' short film programs to recognize the female talent of tomorrow," he adds.

A Striking and Urgent Need to Correct Gender Imbalance within the Film Industry
The under-representation of women in film is a major issue within the creative industry, with only 10.7% female film directors in Hollywood as of 2019*. Moreover, only 21.3% of short films are directed by women; and only 7 women have ever been nominated for Best Director at the Academy Awards*. In light of these figures, the need to reduce bias and achieve greater gender balance is both striking and urgent.

A Unique Recognition Designed to Drive Creativity and Empowerment
The winner of the inaugural Lights On Women Award will receive financial support of up to 30,000€. This unique recognition will also offer the winner a platform for increased visibility and will also gain access to a "sisterhood" of cinematic talent.

"L'Oréal Paris is a feminine and feminist brand; we believe in empowering women to overcome barriers and to have a long-term positive social impact within their communities," says Delphine Viguier-Hovasse, Global Brand President, L'Oréal Paris. "The massive under-representation of women in film requires large-scale support and I am proud to use our brand platform and resources to stand up for women's visibility, with the help of the incredible female actors who represent our brand. I firmly believe in advocating for talented women and holding space for them to shine."

Actor Kate Winslet adds, "What an honour to preside as Juror over this remarkable recognition for women film-makers and to have an opportunity to celebrate such incredible talent. It is essential that we work together as a community to pursue gender parity within our industry and I am delighted to support the L'Oréal Paris family on this important initiative."