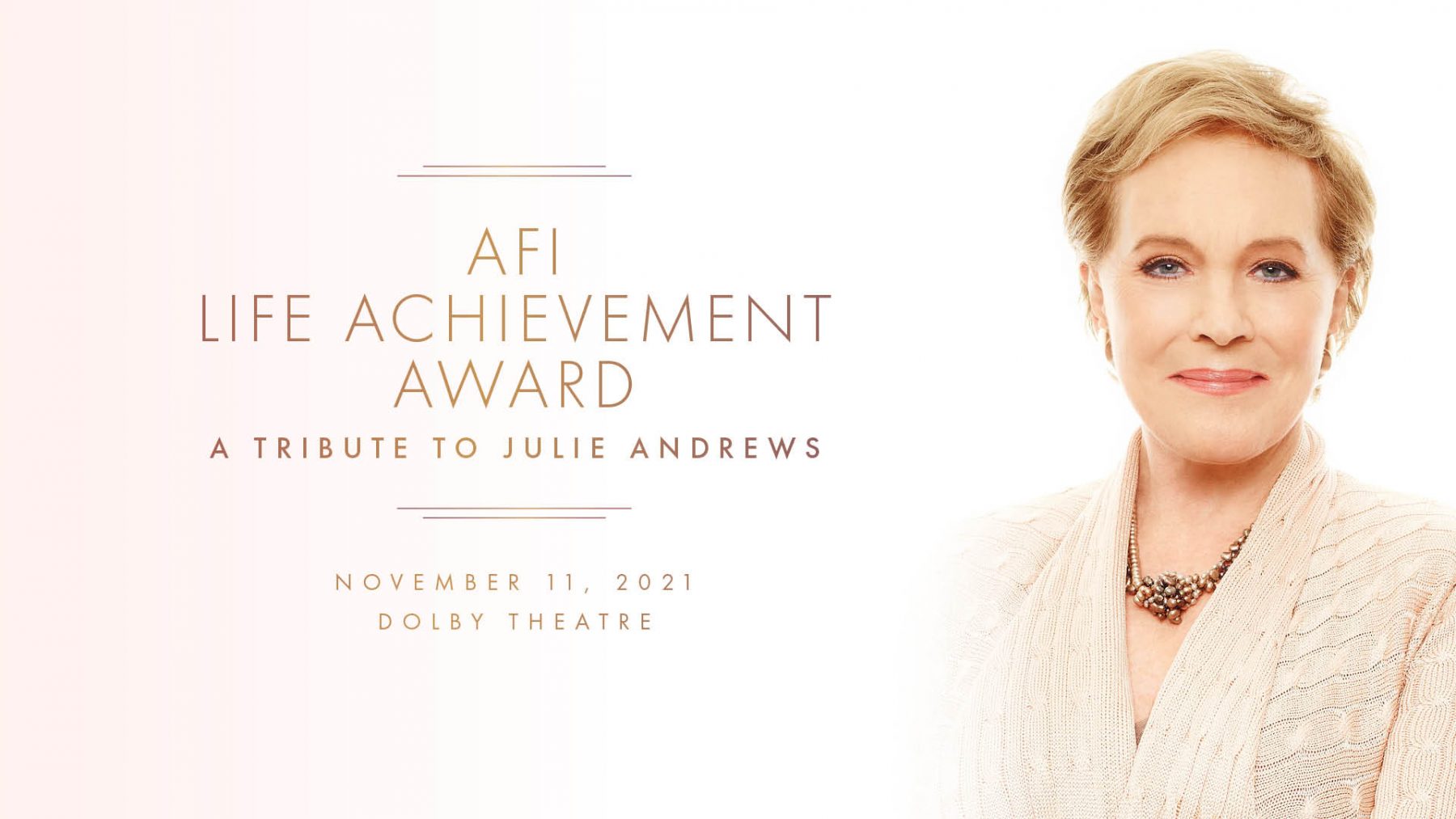 The American Film Institute (AFI) announced today that Julie Andrews will be presented with the 48th AFI Life Achievement Award, the highest honor for a career in film, at a Gala Tribute on Thursday, November 11, 2021, at the Dolby Theatre in Los Angeles, CA. The event was originally scheduled for April 25, 2020. The air date for the premiere of the Emmy® Award-winning Tribute special on TNT and encore presentations on sister network Turner Classic Movies (TCM) will be announced in the coming weeks.

"Julie Andrews has lifted the spirits of the world for generations," said Bob Gazzale, AFI President and CEO. "Now, more than ever, AFI looks forward to gathering the globe to celebrate the many gifts and joy she has given us – proving her, of course, 'practically perfect in every way.'"

A three-time Academy Award® nominee, Andrews star turn in MARY POPPINS won her both a BAFTA and an Oscar®. From her early profound stage presence as Polly Browne in "The Boyfriend," Queen Guenevere in "Camelot," and Eliza Doolittle in the Broadway hit "My Fair Lady" to her timeless film performances as Maria von Trapp in THE SOUND OF MUSIC to her groundbreaking dual roles in the gender-bending VICTOR/VICTORIA, Andrews has proven herself an accomplished and versatile actress. Throughout an illustrious career that spans seven decades, she has won five Golden Globes, three Grammys® and two Emmys® for projects infused with her incomparable charm and recognized for their ability to enthrall audiences worldwide. The critically lauded Andrews is also a Kennedy Center honoree, a Disney Legend inductee and the recipient of a SAG Life Achievement Award.