Remember Joy of Painting? Learning how to create the perfect leaves on a tree... or the perfect pine tree? 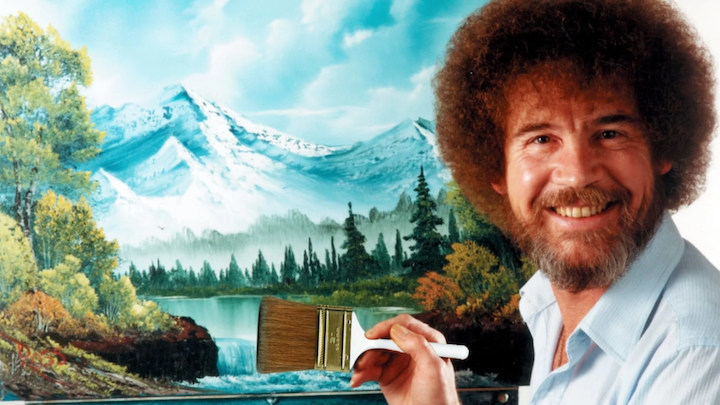 You can watch it all on YouTube now!Janson Media and Bob Ross, Inc. announced that the The Bob Ross Youtube Channel has reached 5 million subscribers.

A native of Orlando, Florida, Bob Ross, who died in 1995, has since become a cult figure to various age groups all around the world. His first Joy of Painting show aired in 1982 and is widely considered the most popular art show of all time. Millions of viewers agree that his quiet, nurturing disposition and soothing voice is a form of therapy, and his respect for nature and wildlife has helped environmental awareness.

Jesse Janson, Vice-President of Acquisitions & Development for Janson Media, is largely responsible for the emergence of Bob Ross as a modern-day cultural icon. In 2014, Janson negotiated the acquisition of digital rights to the classic television series The Joy of Painting with Bob Ross, an American public television program that became the most watched painting program in the world. Working with Bob Ross, Inc., the owners of the intellectual property, Janson Media proceeded to develop a distribution campaign that re-introduced Bob Ross to the world, placing the content on virtually every major digital video platform, including Twitch, Amazon Prime Video, Hulu, Calm, and others.

Central to this campaign is the The Bob Ross Youtube Channel, designed and managed by Janson Media. Recently Janson Media produced and premiered on the channel a series of one-hour videos, Keeping the Bob Ross Dream Alive, featuring Bob Ross-certified painter and instructor Nicholas Hankins. Viewers can follow along as Nic guides them through the iconic Bob Ross wet-on-wet painting technique. From happy clouds to almighty mountains, Nic's instructions preserve harmonic balance between joy and painting. Just as with the original Bob Ross videos, viewers are encouraged to grab their brushes and paint along, or to pull up that ol' easy chair and relax to Nic's soothing lessons.

In 2015, Janson brought on Twitch as an early partner in the distribution campaign, launching a linear "live" channel, which today has over 2 million loyal followers, and is available worldwide. A regular feature of the channel is the celebration of Bob's birthday every October with a 10-day marathon of all 403 half-hour episodes of The Joy of Painting. October 29, 2021 marks the 7th consecutive year of this joyous celebration on Twitch.

Twenty-one seasons of The Joy of Painting with Bob Ross are also available on Amazon Prime Video, where they form a central hub for a wide range of officially licensed Bob Ross merchandise, much of it available for sale on Amazon. The original television series continues to air on many public television stations across the United States, and is broadcast in several other countries, including Germany and South Korea.

Lifestyle
This is The Paint Color of the Year...