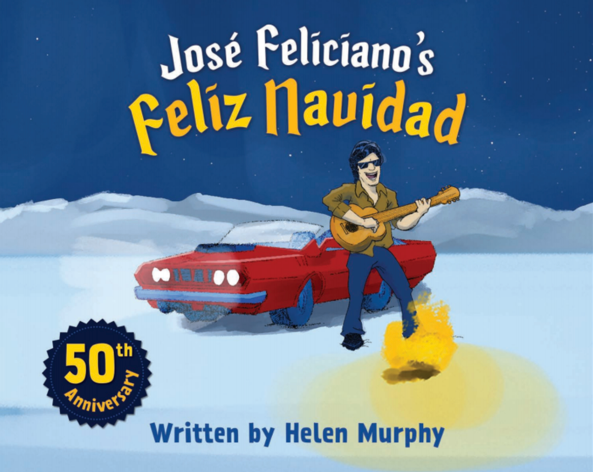 Written by Helen Murphy CEO of José’s label Anthem Records/Anthem Entertainment, “José Feliciano’s Feliz Navidad, 50th Anniversary,” sees the beloved singer/guitarist as a musical superhero who travels the world on Christmas Eve in a flying red convertible, playing his guitar and singing “Feliz Navidad” for people of all ages. The pages come to life with bright colors and characters that span diverse nationalities, capturing the universal spirit of Christmas. The book features illustrations by Brandon Wei, design by Celia Fuller and is published by International Media Services, Inc. Available both in English and Spanish (translations by Madeline Luksha, edited by Maire Nina Luis), the book is available in multiple formats including e-book and paperback, with hard cover and large paperback to follow on October 28. All of the configurations will be released widely on December 5, 2020.

Helen Murphy commented, “José Feliciano is a national treasure. I was inspired to write this book to share the joy and celebrate the cultural impact that José's music, and ‘Feliz Navidad’ in particular, has had on the world. The song has an undeniable emotional effect every time it is heard. José Feliciano’s ability to persevere through adversity and continue creating hits decade after decade is nothing short of incredible”.