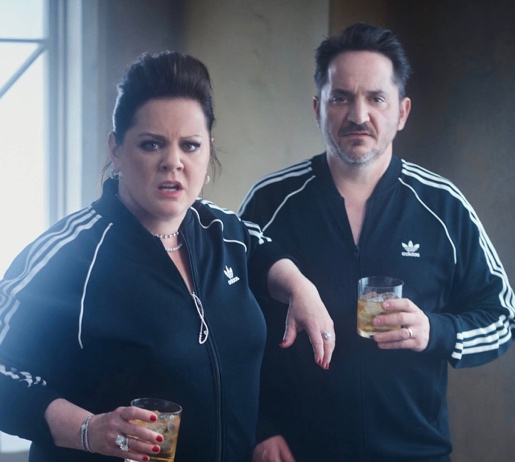 The Groundlings Theatre and School announced that comedy icon and Groundings' alumnus Ben Falcone is teaming up with comic genius and spouse Melissa McCarthy, as well as Academy Award-winners Nat Faxon and Jim Rash to host special live-streamed classes. All proceeds from these events will benefit the Groundlings Theatre and School, the legendary, non-profit institution that has been severely impacted by the COVID-19 pandemic.

Falcone (Tammy, Thunder Force), McCarthy (The Heat, Spy), Faxon (The Way Way Back, Downhill) and Rash (Community, The Descendants) trained and performed together for many years at the 46-year old theatre and school. Falcone conceived and created these classes to share the techniques they learned from their training and subsequent careers as successful, award-winning actors, directors and producers, and support their alma mater.

Falcone and McCarthy's class "Auditioning for Film and TV" will take place on Thursday May 14 from 6:00 p.m. – 8:30 p.m. PST and will include insights from the Hollywood power couple known for producing, directing and acting in several film and television projects.  They will share their own insights from both sides of the camera into the audition process, how to use improvisation in the audition room, and more. The class sold out within a few hours of posting on Sunday with a waitlist currently being formed.

Falcone, Faxon and Rash's class "Directing for the Screen" will take place on Thursday, May 21 at 6:00 p.m. – 8:30 p.m. PST. The class will feature a lively and candid discussion about directing, including breaking in, running a set, and being a great collaborator. The class is designed for early-career directors and actors hoping to better understand the director's role. Enrollment for this class will open this Sunday, May 17 at 10:00 a.m. PST.

The Groundlings launched their Online Class programming in late March as a result of the LA-based school's closure due to coronavirus. These virtual lessons mark the first time Groundlings classes are available to anyone around the world, and have had people join from Europe and Australia, as well as cities across the United States. For more details visit www.groundlings.com/school/onlineclasses.