You might have heard of Captain Tom... but who is he? 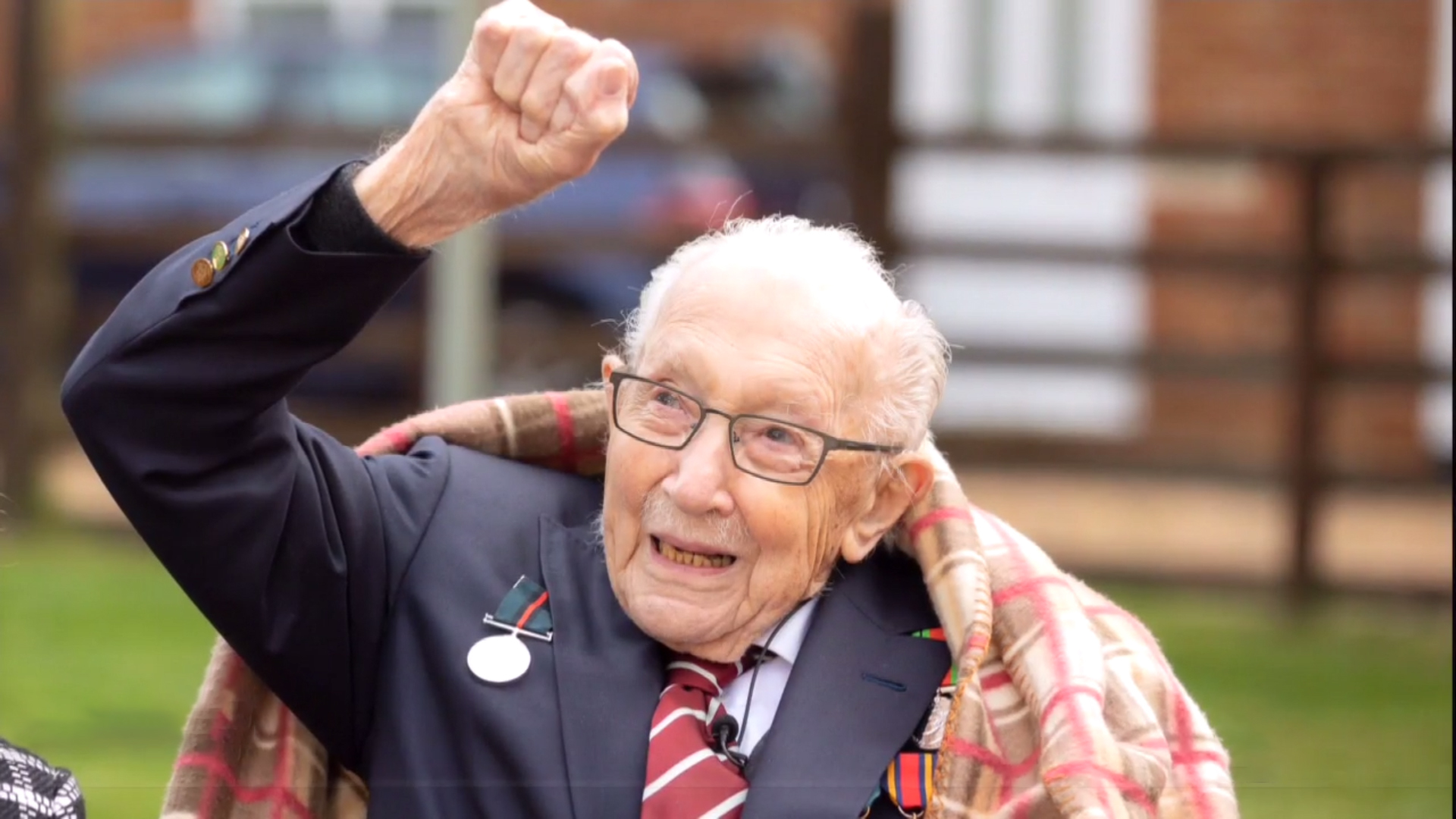 He has completed the challenge and raised just about $40 million! Tom was expecting to raise $1,000, but donations have surpassed beyond his expectations.

Soldiers from the 1st Battalion Yorkshire Regiment gave Moore a guard of honor as he completed the final lap.

Moore began the fundraiser on April 8, initially hoping to raise 1,000 for NHS Charities Together, which raises funds for UK hospitals, including for staff, volunteers and patients affected by the coronavirus crisis.

He even received a message from the Prime Minister!

Originally from Yorkshire, northern England, Moore now lives with his daughter, son-in-law and two grandchildren in Bedfordshire, southeast England, following the death of his wife in 2006.

Giving Back
Music Gives Back: BMI & More Give To MusiCares COVID-19 Relief Fund

Music
Tune In: Tommy Roe Sings 'All Together Now' With Smokey Robinson & More