In many ways, acclaimed actress Natalie Wood's life and career have been overshadowed by her tragic death at age 43 off the coast of Catalina Island. Yet, her extensive circle of family and friends, including daughter Natasha Gregson Wagner, have not forgotten the remarkable life she led and the legacy she left behind.

In this intimate and revealing documentary, directed by award-winning filmmaker Laurent Bouzereau and debuting TUESDAY, MAY 5 (9:00 -10:40 pm ET/PT) in celebration of Mother's Day, Gregson Wagner explores her mother's public life and private persona through personal interviews with those closest to her, including husband Robert J. Wagner, who speaks on-camera about Wood's death for the first time. NATALIE WOOD: WHAT REMAINS BEHIND paints a rich portrait of one of Hollywood's greatest actresses, a woman deeply committed to her family, whose professional choices were boldly forward thinking at the time. The film had its World Premiere at the 2020 Sundance Film Festival.

The film will also be available on HBO On Demand, HBO NOW, HBO GO and partners' streaming platforms.

This revealing film skillfully weaves excerpts from Wood's filmography with a treasure trove of archival material, including extensive family photos, diaries, never-before-seen home movies and audio recordings. Born to Russian immigrant parents in San Francisco, Wood was not yet five years old when she appeared in her first films, starring opposite Orson Welles in "Tomorrow is Forever" and Maureen O'Hara in "Miracle on 34th Street." She received three Academy Award nominations before the age of 25 for "Rebel without a Cause," "Splendor in the Grass" and "Love with the Proper Stranger," and she won over audiences in her role as Maria in "West Side Story."

Throughout the documentary, we hear from friends, colleagues and family members who knew Wood best. Wood and Wagner were married for four years initially, and after divorcing, each married and had a child with someone else, before eventually reconciling several years later. They formed a large blended family and each of their children speak fondly of the happiness the two actors rediscovered in their second marriage to one another. Robert Redford, who owes his first big film break to Wood with "Inside Daisy Clover" (1965), and actor George Hamilton speak to her kind professionalism. Mia Farrow remembers that there was nothing more important to Wood than being a mother. Yet, Wood also struggled along the way, juggling career commitments and personal challenges while contending with her formidable, ambitious mother and navigating other familial conflicts.

Wood began to have more agency in choosing her roles at an early age, beginning with 1955's "Rebel Without a Cause," where her portrayal of an angry teenager striving for connection felt deeply personal to her. Her turbulent relationship with her mother may have drawn her to the characters she played in "Splendor in the Grass" (1961) and "Gypsy" (1962), and her growing fascination with social issues attracted her to "Bob & Carol & Ted & Alice" (1969). A product of the studio system, Wood nonetheless learned to use her power wisely when taking on Warner Bros. studio head Jack Warner, ultimately gaining more control over her own career. 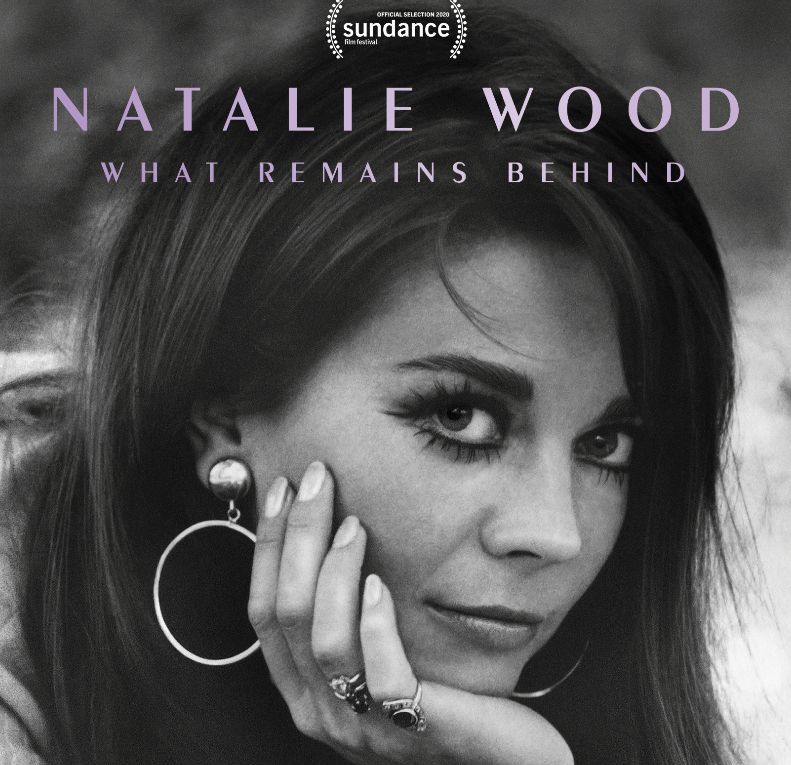 In NATALIE WOOD: WHAT REMAINS BEHIND, a portrait of Natalie Wood emerges through her filmography, but an even more defined image comes into focus through the robust collection of personal photographs and home movies, some of which Gregson Wagner discovered in her family's storage unit. Never-before seen footage of Wood's second wedding to Wagner was discovered as well as a revealing never-published article for Ladies Home Journal that Wood wrote in 1966, where she addresses her innermost thoughts on fame, affairs of the heart and family. Archival interviews with Wood over the years reveal an intelligent, maturing woman, embracing motherhood and her ever-evolving acting career.

Bouzereau and Gregson Wagner don't shy away from the headlines that still dominate any mention of Natalie Wood today and seek to set the record straight about what really happened the night she died. Wood's husband Robert J. Wagner talks candidly with Natasha about the tragic loss of Natalie, and the grief they suffered in its wake. NATALIE WOOD: WHAT REMAINS BEHIND is a thought-provoking examination of an illustrious career, a life lived under public scrutiny and a tragic death that has up to now threatened to eclipse memories of a beautiful, bold woman.