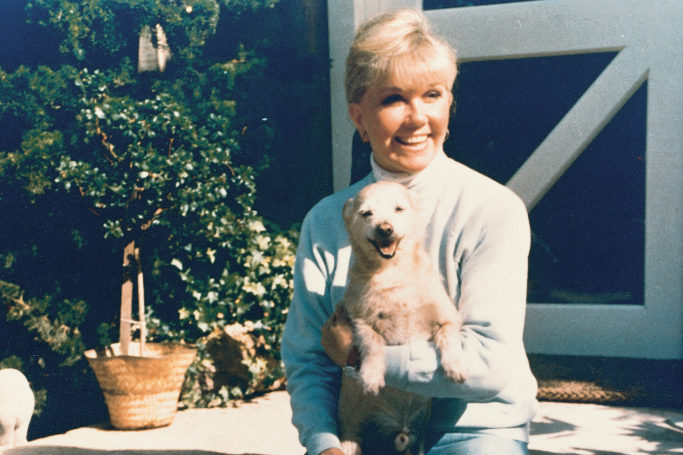 Julien's Auctions announced that a total of nearly three million U.S. dollars was made in its two-day virtual online event Property from the Estate of Doris Day held Saturday, April 4 and Sunday, April 5, 2020. The white glove auction far exceeded its pre-sale estimates of $300,000 to $600,000. All proceeds of the sale benefit the Doris Day Animal Foundation www.ddaf.org.

Over 1,100 iconic items and memorabilia owned and used by Hollywood's legendary top box office star, animal rights activist and singer in her illustrious life and career, as well as furnishings, household pieces and personal items from Day's beloved home in Carmel-by-the-Sea, California went under the hammer.

The top selling item was Doris Day's 1930 Ford Model A rumble seat roadster used on her show Best Friends. Affectionately named "Buttercup" by Day, she owned this antique automobile for over 35 years where she was frequently driven around Carmel, California in it, especially when she was filming her cable TV show. Her guest stars on the series were frequently passengers as well, including Rock Hudson in one of his very last public appearances. The classic car with 35,142 miles sold for $96,000, over nine times its starting estimate of $10,000.

In response to current public safety needs and considerations,  the auction house to the stars made an unprecedented change to its traditional "in person", phone and online auction format and shifted the formerly announced public live event to a live online auction with auctioneers conducting the sale in streaming video in front of a global audience of registered bidders and fans live streaming the event from their homes, all while tracking bids coming in online and via phone using the latest technology to call the action. In keeping with the social distancing guidelines and safety measures put in place by the government in response to the COVID-19 pandemic, Julien's Auctions staff accepted digital real-time bids via phone and online from remote locations.

In lieu of the previously announced free to the public exhibition of Doris Day's collection in Beverly Hills and other public events celebrating what would have been Day's 98thbirthday this week, Julien's Auctions launched a video tour of her items at her home on their YouTube channel https://youtu.be/Ewq1xdpyxMU, which has garnered over 122,000 views to date, and a special virtual tour video of the exhibitionhttps://youtu.be/HkwVE9BdW6s, which has racked nearly 52,000 views. In addition, the print catalogue for the auction has also seen record numbers as the top selling catalogue sold for a celebrity auction presented by Julien's Auctions since Michael Jackson.

Giving Back
ASPCA: How You Can Help Rescue Animals During This Time