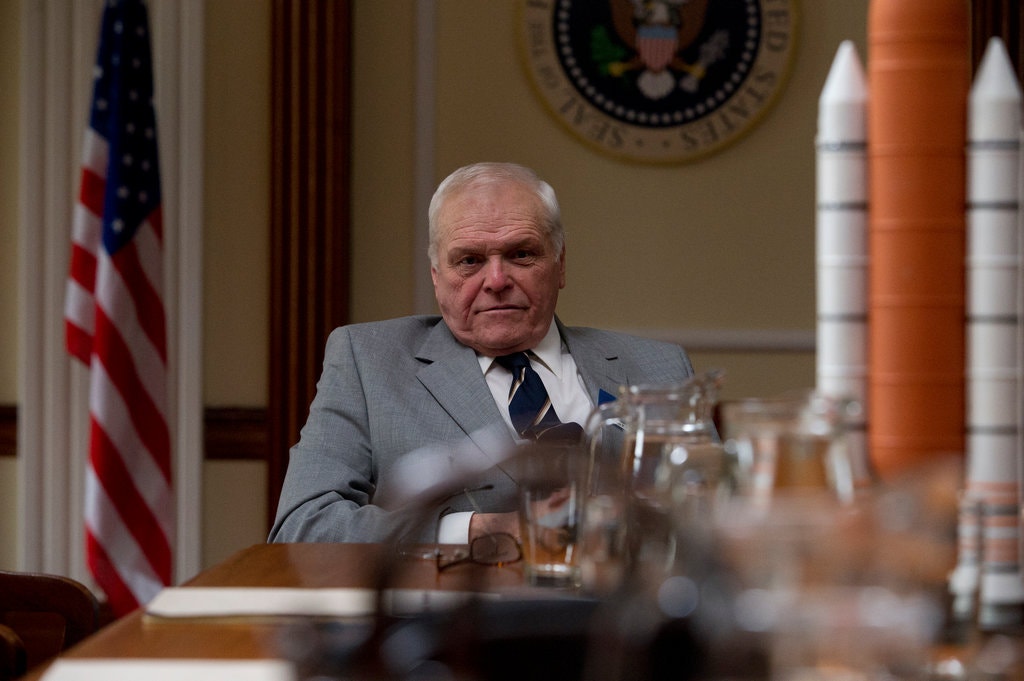 The Tony award-winning actor, Brian Dennehy, known for many memorable roles in film, television and the theater, has died. He was 81.

“It is with heavy hearts we announce that our father, Brian passed away last night from natural causes, not Covid-related," his oldest daughter, actress Elizabeth Dennehy, wrote on Twitter. "Larger than life, generous to a fault, a proud and devoted father and grandfather, he will be missed by his wife Jennifer, family and many friends."

Dennehy was born in July 1938 in Bridgeport, CT, and attended Columbia University in New York City on a football scholarship.

He first appeared in minor screen roles in such fare as Looking for Mr. Goodbar (1977), Semi-Tough (1977) and Foul Play (1978) and proved popular with casting directors, leading to regular work. However, he really got himself noticed by movie audiences in the box-office hit First Blood (1982) as the bigoted sheriff determined to run Vietnam veteran "John Rambo" (played by Sylvester Stallone) out of his town. Dennehy quickly escalated to stronger supporting or co-starring roles in films including the Cold War thriller Gorky Park (1983), as a benevolent alien in Cocoon (1985), a corrupt sheriff in the western Silverado (1985), a tough but smart cop in F/X (1986) and a cop-turned-writer alongside hit man James Woods in Best Seller (1987).

In 1987, Dennehy turned in one of his finest performances as cancer-ridden architect "Stourley Kracklite" in Peter Greenaway's superb The Belly of an Architect (1987), for which he won the Best Actor Award at the 1987 Chicago Film Festival. More strong performances followed. He reprised prior roles for Cocoon: The Return (1988) and F/X2 (1991), and turned in gripping performances in three made-for-TV films: a sadistic small-town bully who gets his grisly comeuppance in In Broad Daylight (1991), real-life serial killer John Wayne Gacy in the chilling To Catch a Killer (1992) and a corrupt union boss in Teamster Boss: The Jackie Presser Story (1992).

In 1993, Dennehy appeared in the role of police "Sgt. Jack Reed" in the telemovie Jack Reed: Badge of Honor (1993), and reprised the role in four sequels, which saw him for the first time become involved in co-producing, directing and writing screen productions! Demand for his services showed no signs of abating, and he put in further memorable performances in Romeo + Juliet (1996), as bad-luck-ridden "Willy Loman" in Death of a Salesman (2000) (which earned him a Golden Globe Award), he popped up in the uneven Spike Lee film She Hate Me (2004) and appears in the remake Assault on Precinct 13 (2005).

The multi-talented Dennehy also had a rich theatrical career and appeared both in the United States and internationally in dynamic stage productions including "Death of a Salesman" (for which he picked up the 1999 Best Actor Tony Award and a Drama Desk Award), "A Touch of the Poet", "Long Day's Journey into Night" (for which he picked up another Tony Award in 2003) and in Eugene O'Neill's heart-wrenching "The Iceman Cometh."