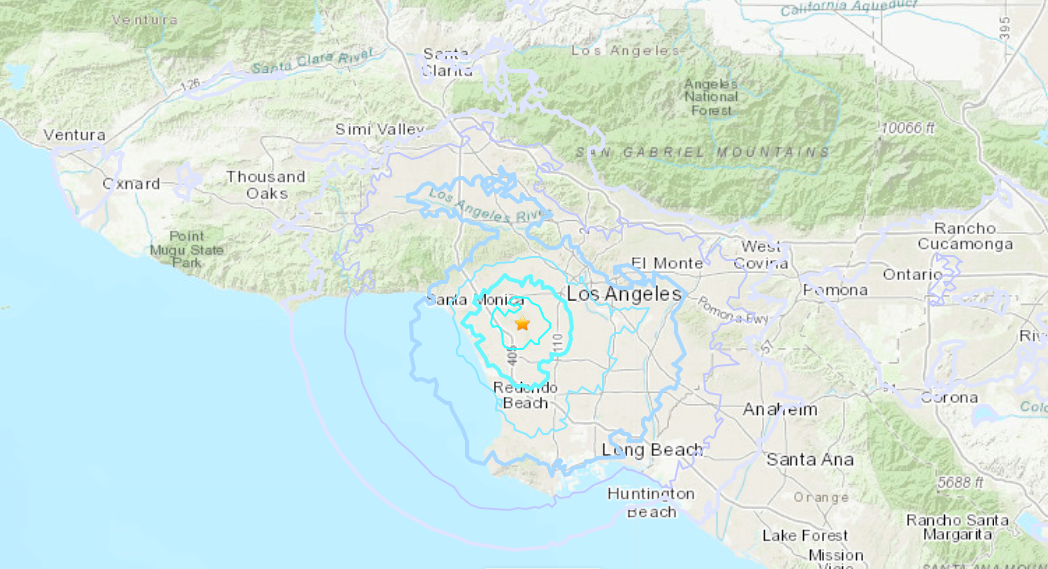 On Earth Day, a magnitude 3.7 earthquake was reported Wednesday morning at 12:03 a.m. Pacific time in Los Angeles, according to the U.S. Geological Survey.

In the past 10 days, there have been two earthquakes of magnitude 3.0 or greater centered nearby.

An average of five earthquakes with magnitudes between 3.0 and 4.0 occur per year in the greater Los Angeles area, according to a recent three-year data sample.

More info on the quake HERE