Taco Bell is waking fans up to a better breakfast with the debut of the all-new Toasted Breakfast Burrito Menu, hitting participating restaurants nationwide today, March 12. 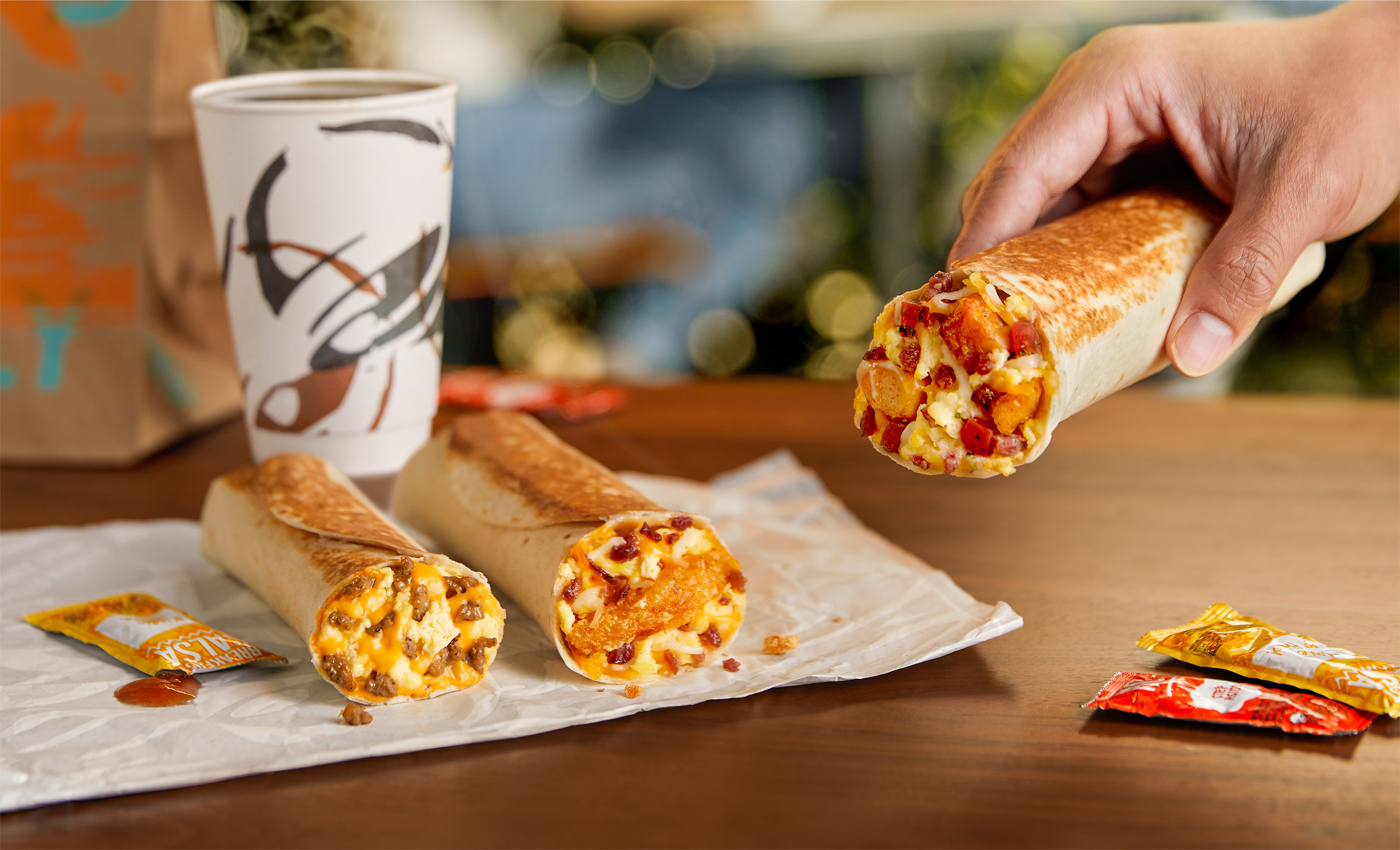 This trio is nothing to snooze on as all three craveable burritos are stuffed full of morning flavors, crafted in a way that only Taco Bell can do. The menu is here to prove that nobody else can make a breakfast burrito like Taco Bell. Especially a burger place.

The all-new Hash Brown Toasted Breakfast Burrito rounds out the menu, with fans' choice of bacon or sausage, eggs, three-cheese blend and a hash brown, all for $1.99* a la carte or paired with another hash brown and a medium soft drink for $4.19*. First tested in 2019 in Nashville, TN, this hash brown stuffed burrito has already made waves amongst breakfast and burrito fanatics alike.