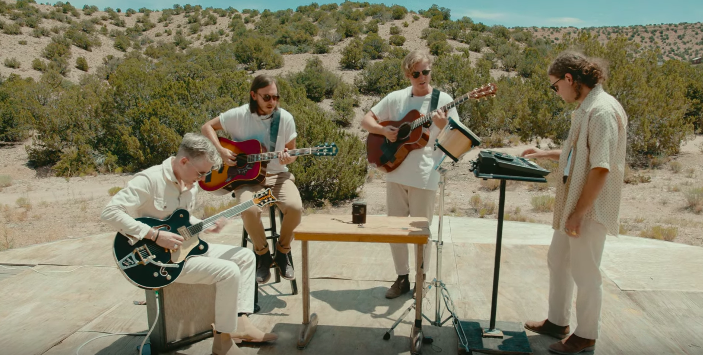 Colony House filmed in Albuquerque, New Mexico. “Original Material” is from the band’s new album Leave What’s Lost Behind, which reached #3 on the Apple iTunes Alt Charts and #14 on the overall Apple iTunes Charts.

Annie O'Malley's new song "You're The Drug" is out now!

Juno Award-winning multi-platinum Canadian pop band Walk Off the Earth has teamed up with the multi-platinum singer-songwriter and producer gnash for their new single "Nicknames." Today, the band also announces they have rescheduled their upcoming April 2020 U.S. tour until August 2020 due to the ongoing effects of the COVID-19 virus.

Vanessa gave fans a first look at the upcoming record with the music video for "Future Pain" followed by "The Only Way To Love." She also recently performed the latter on 3rd Hour TODAY, PRESS HERE to watch.

Music
Listen Up: Colony House Track Will Give You Some Light