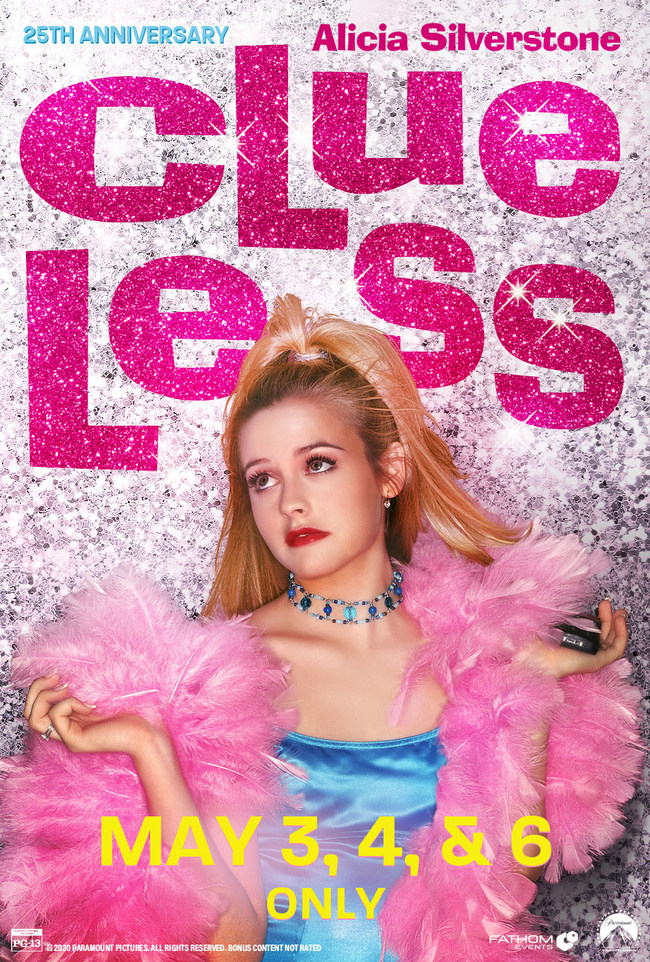 As if the world wouldn't celebrate the 25th anniversary of "Clueless" the right way for fans! Coming soon is a theatrical release for three days in May AND a pop-up restaurant in Los Angeles, California.

Paramount Pictures has partnered with the creators of television eateries Saved by the Max (Saved by the Bell), Good Burger (All That), The Peach Pit (Beverly Hills, 90210) and The Breaking Bad Experience to build the CLUELESS restaurant.

Open from March 31 through May 8 (excluding Mondays) at 7100 Santa Monica Blvd. Tickets will g on sale for $35 each, and include a main and side dish and 90-minute entry window. Stay tuned!

For movie tickets go to www.FathomEvents.com or at participating movie theater box offices.

"Clueless" will be accompanied by a totally classic featurette about the teen slang ("What-ever!") created for the film that became part of the American vernacular. "Clueless" will play on May 3 at 4:00 p.m. and 7:00 p.m., then again on May 4 and 6 at 7:00 p.m. both days (all local times) in more than 700 movie theaters nationwide. A full list of theater locations is, like, totally available on the Fathom Events website (theaters and participants are subject to change).