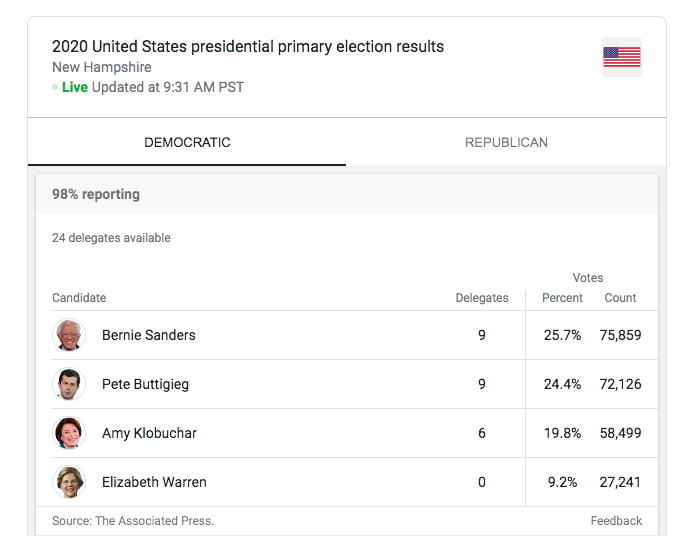 The New Hampshire primary results are in and Senator Bernie Sanders finished in the lead with 26% of the vote.

According to CNN, Sanders won the 2016 primary in NH by a much larger margin.

In a surprising third place finish, Senator Amy Klobuchar beat out Senator Elizabeth Warren taking 19.7% of the vote to Warren's 9.3%.

So, where is Vice President Joe Biden? Not in the top three. As of now, he falls in 5th with 8.4% of the votes.

Lifestyle
What You Need To Know About Lipsuction: With Dr. George Sanders