Among the many stars that attended to honor the 'Architects of Beauty'  at the 2020 Hollywood Beauty Awards, Anthony Anderson and Tichina Arnold presented Outstanding Achievement In Hairstyling to honoree Stacey Morris. 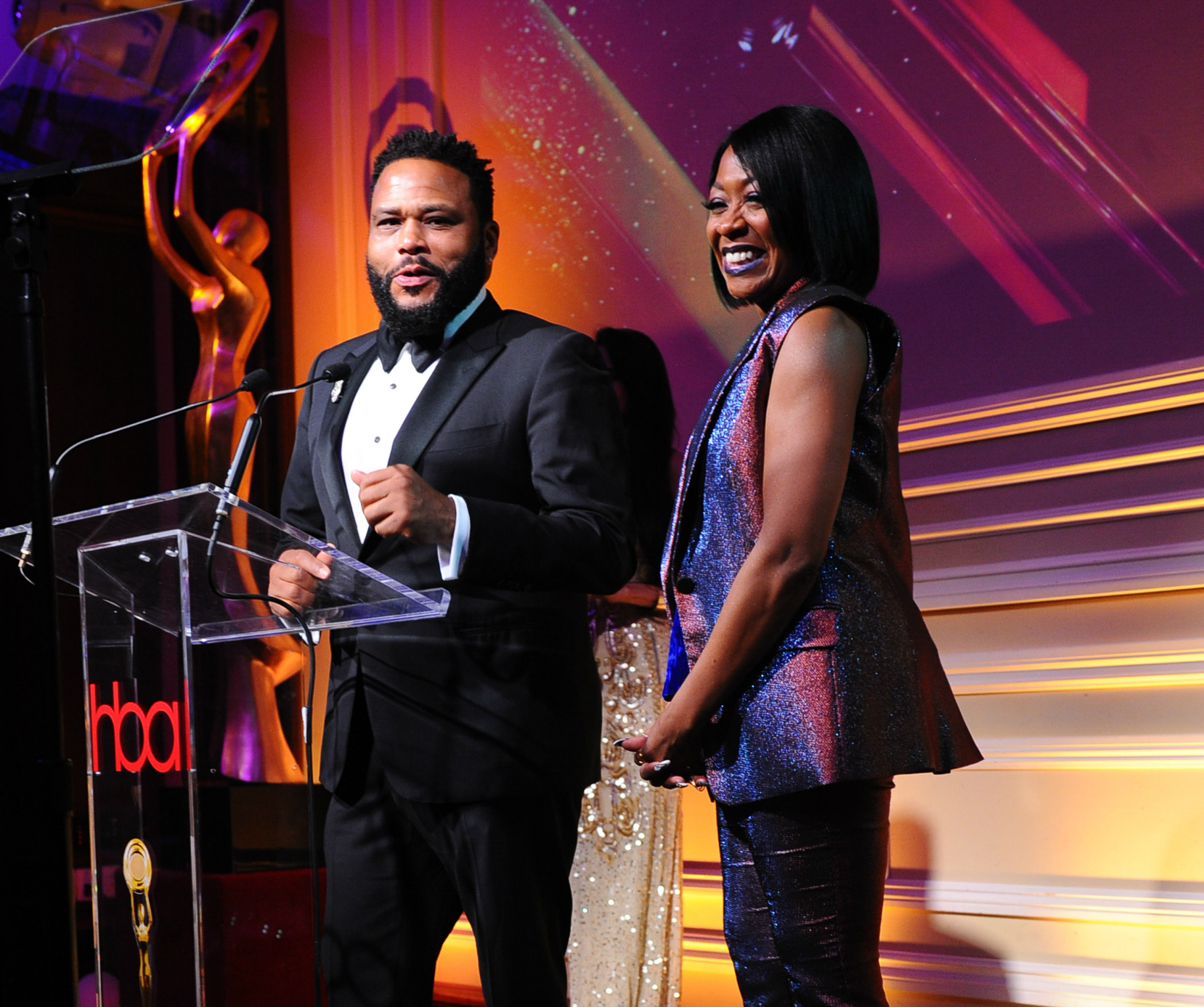 Tichina shared her memories working with Stacey on the set of 'Martin.' Anthony shared the stage with Tichina giving a heartfelt speech about his longtime friendship with the hairstyling honoree. Over the years, Anthony worked with Stacey on 'Guys With Kids,' 'Animal Nation With Anthony Anderson,' 'Norman Lear's 'All In The Family'' and 'Black-Ish.' 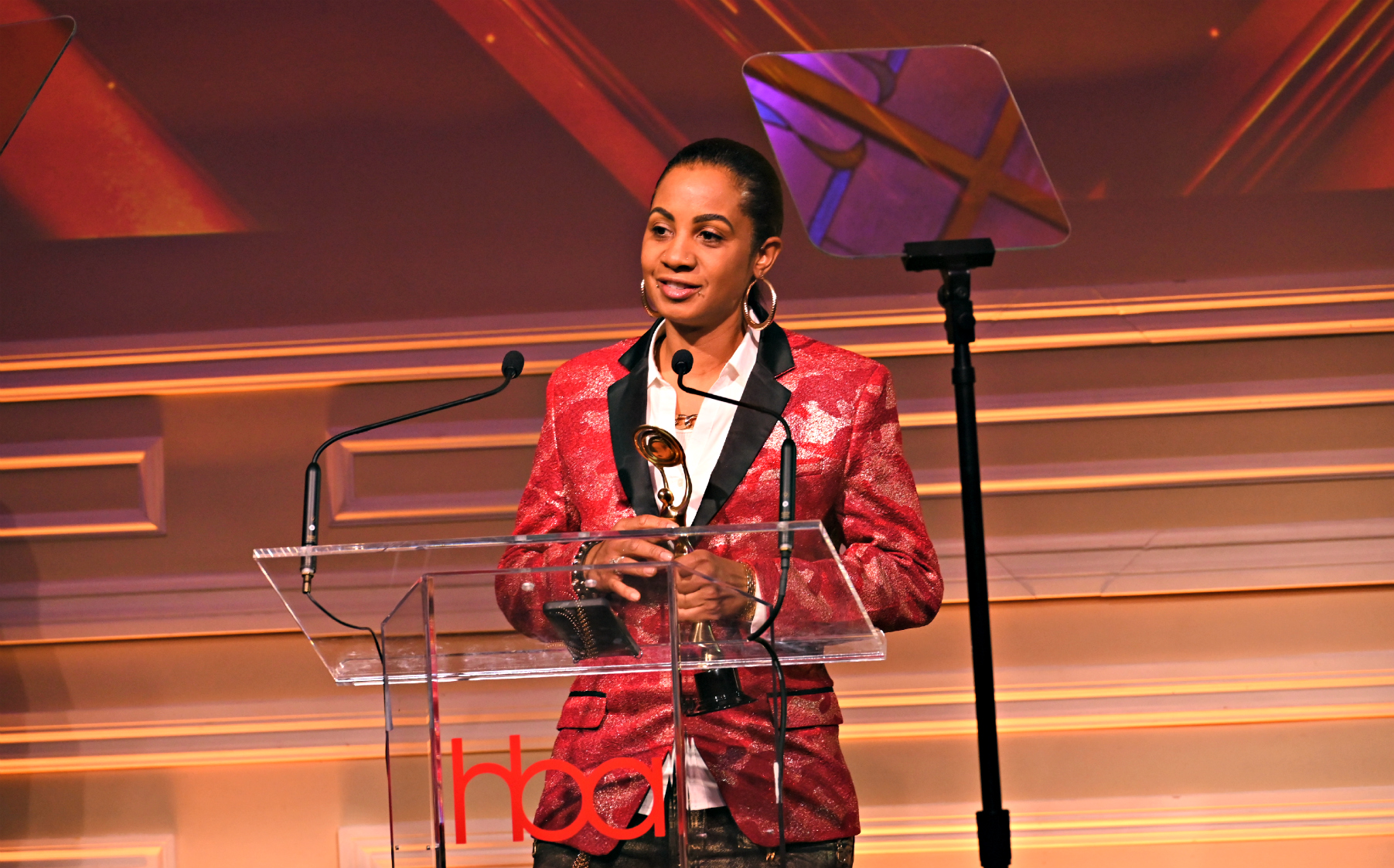 Stacey ventured into film in the early 90’s working with Kid ‘n Play on 'House Party 1 & 2,' with Will Smith on 'Where The Day Takes You,' 'Made In America,' 'Independance Day,' as well as 'Bad Boys I and II' with Smith and Martin Lawrence. Meeting Alfonso Ribeiro on the set of The Fresh Prince Of Bel-Air,' they’ve worked together over the course of three decades on 'In The House' and 'America's Funniest Home Videos.' 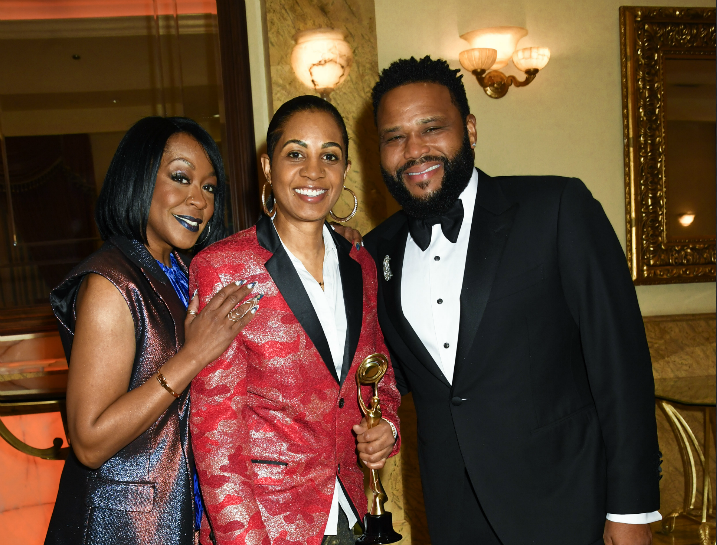 From commercials with Stephen Curry and Michael B. Jordan to 'Sons Of Anarchy' with Ron Perlman, and 'THE VOICE,' Stacy’s looks for TV have earned her three primetime Emmy nominations. As personal barber to Tyler Perry on  'Alex Cross' and 'Gone Girl,' perhaps Stacey’s longest standing partnership is with Academy Award nominee, Eddie Murphy - for which she’s designed hair for over 30 years on 'Beverly Hills Cop,' 'The Nutty Professor' and 'Dr. Dolittle' franchises, 'Bowfinger,' 'Daddy Day Care,' 'Life,' 'Dreamgirls,' 'Norbit,' 'Mr. Church,' 'Dolemite Is My Name' and for the 2020 release of 'Coming 2 America.'