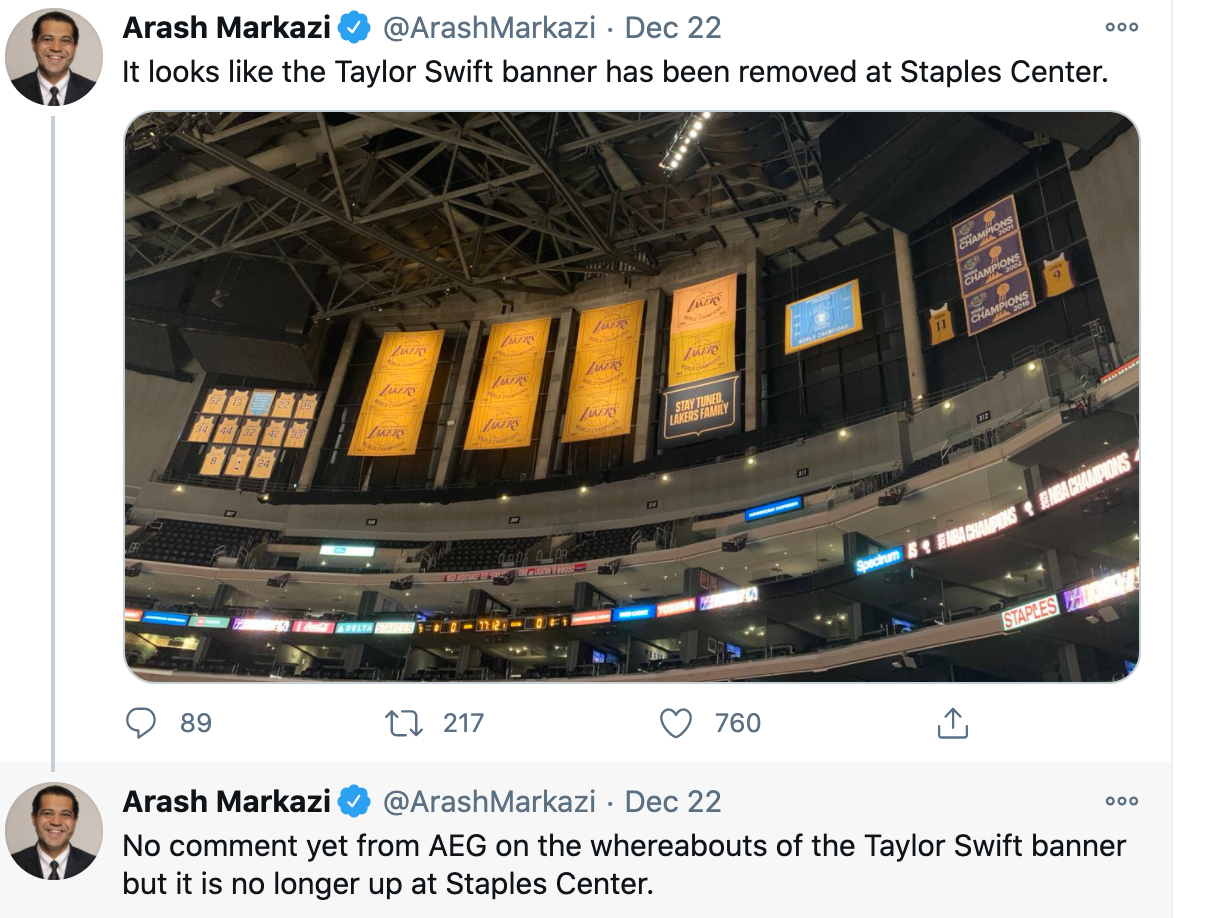 A banner of pop star Taylor Swift once hung at the Staples Center up until recently.

It was removed after the LA King's hockey team fans complained it was jinxing their performance, according to reports.

Swift originally received the banner in 2015 to celebrate her record of the most sold out shows at the stadium, and since the Kings won the Stanley Cup in 2012, made it to the conference finals in 2013, and won the Stanley Cup again in 2014, fans think it's no coincidence that the team hasn't won a playoff series since then.

Sadly, the team holds the title for the worst record in the Western Conference and the second-worst in the league.

Sports journalist Arash Markazi posted a photo on Twitter that confirmed the banner is finally gone.