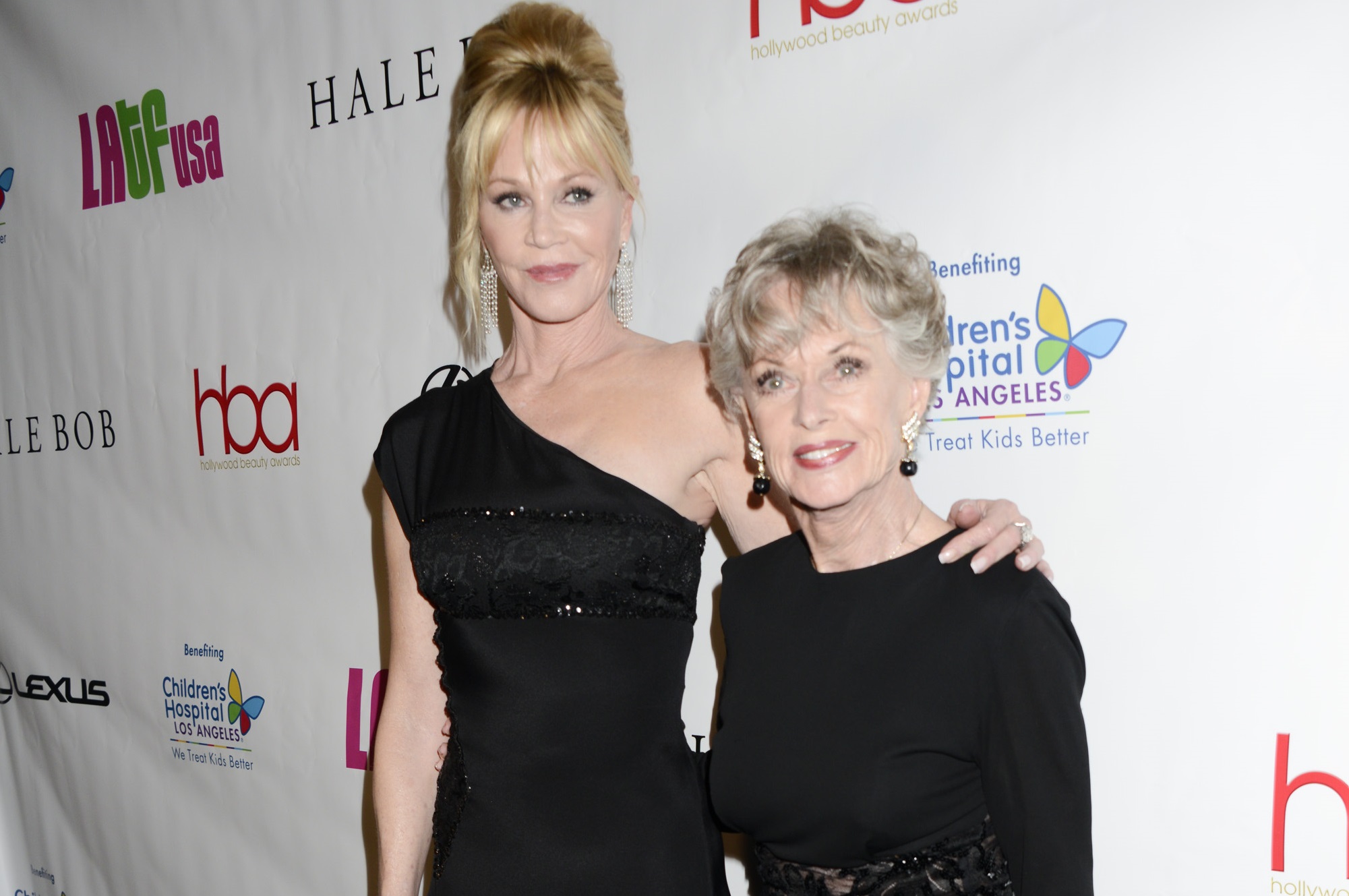 The pair of solid platinum, diamond and pearl antique bracelets personally owned by film star Melanie Griffith come with quintessential Hollywood provenance of having been gifted to her by her mother, iconic Hollywood actress Tippi Hedren, who famously won a Golden Globe Award for her iconic role in Alfred Hitchcock’s “The Birds.” The bracelets are collectively embellished with approximately 48ctw round and old European cut fiery white diamonds, and are lined with eight 8.5mm pearls each. The bracelets were sold with a personal letter from Griffith’s famous mother and are housed in a fitted box. The bracelets measure 7” in length and 2.15” wide and are marked Tiffany & Co.

“Melanie Griffith is a true American fashion and film icon. These bracelets are so exquisite, our auction house recognized immediately they are fine art in the form of fine jewelry and we were proud to set a world record with their sale. They represent the highest level of Americana; being made at the peak of craftsmanship by iconic American jewelry company Tiffany & Co. and being gifted from iconic American actress Tippi Hendren to her daughter, fellow iconic American actress Melanie Griffith. Kruse GWS Auctions was thrilled to be trusted with such a remarkable opportunity. The sale of the beautiful Diamond and Platinum bracelet secured a new world record as well as a placement in a museum.” –Dame Brigitte Kruse