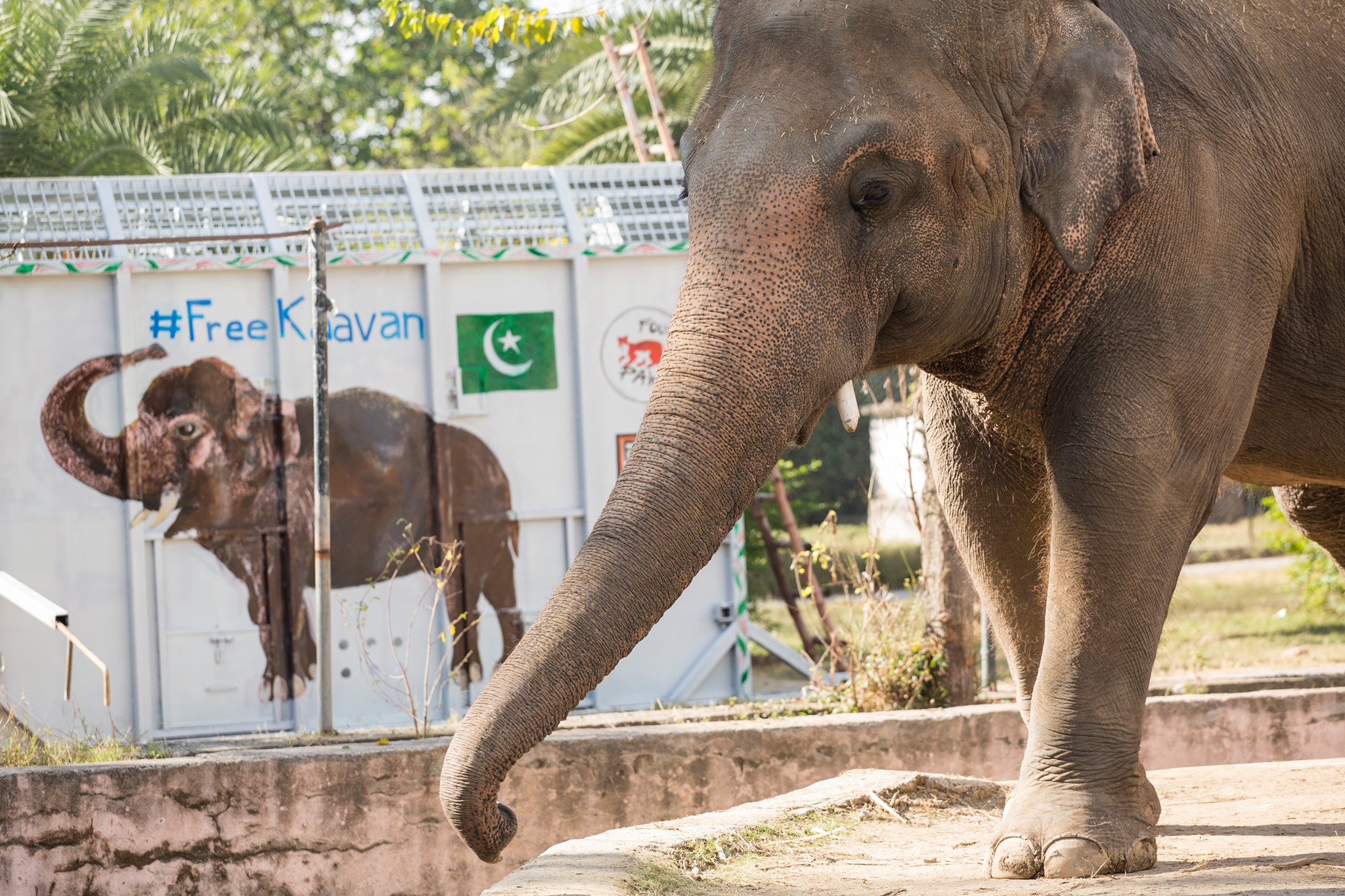 After months of preparation and more than 35 years of captivity, elephant Kaavan made his journey from Marghazar Zoo in Islamabad to the Cambodia Wildlife Sanctuary in Siem Reap on 30th November.

Music superstar, Cher was a big part of the elephant's new home transfer. The singer, who started her own organization called Free The Wild, has invested her time and efforts to ensure Kaavan's happiness.

In Cambodia Kaavan will live a species-appropriate life with other elephants. The historic wildlife transfer is implemented by FOUR PAWS in cooperation with the Pakistani authorities, American businessman Eric S. Margolis and the NGO Free The Wild, co-funded by Cher. Kaavan, together with the FOUR PAWS team, is expected to land in Siem Reap in the afternoon of 30th November. The release to his new enclosure is planned for 1st December.

For FOUR PAWS, the rescue of Kaavan was their first elephant transfer by air. Worldwide, only a handful of adult elephants have been relocated by plane. To prepare 36-year-old Kaavan for his departure, the FOUR PAWS team, consisting of veterinarians and elephant experts, spent about three months in Pakistan's capital Islamabad.

Three times a day, the team practised with Kaavan the safe and stress-free entry and exit into and from the transport crate, which weighs around four tonnes.

"Kaavan quickly gained confidence in us and made great progress in a short time. In his case it not only took a village but a whole country to transfer Kaavan to Cambodia. Without the support of the Islamabad Wildlife Management Board, the Pakistani authorities and the local community, American businessman Eric S. Margolis as well as our partners from Free The Wild, this relocation would have not been possible," said Dr Amir Khalil, FOUR PAWS veterinarian and head of the complex rescue mission.