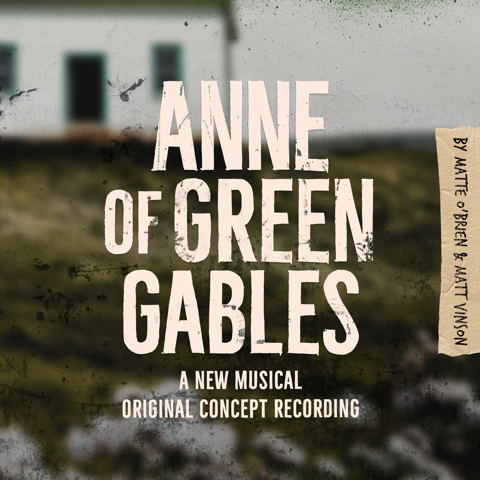 Broadway Records announced today the release of the Original Concept Recording of ANNE OF GREEN GABLES, a new musical by Matte O'Brien and Matt Vinson. This new digital album has nine tracks and will be available everywhere music is sold on Friday, November 20th. To sign up to be notified of the release, visit BroadwayRecords.com .

Set to a modern pop-rock score and based on the books by L.M. Montgomery, ANNE OF GREEN GABLES is the story of Anne Shirley who just arrived on Prince Edward Island and she's creating quite a stir. Adopted by siblings Marilla and Matthew Cuthbert, Anne is feisty, smart and eager to find her own place in the world. But is the world ready for her? Fall in love with the endearing redhead of the classic novel, now reimagined as a vibrant musical for all generations. This is Green Gables as you've never heard it before.

ANNE OF GREEN GABLES will have its world premiere at Goodspeed Musicals in 2021. To celebrate the album release, Goodspeed will present an exclusive virtual conversation led by Playbill's Felicia Fitzpatrick premiering on Tuesday, November 24 at 7pm. The authors of the show will discuss the creation of the album with orchestrator Justin Goldner and introduce the actress set to play the title character in the Goodspeed production. The event will stream  at https://www.goodspeed.org/anne-album and will be available to be seen after the event airs. Viewers can sign up to be notified of the event at the link above.